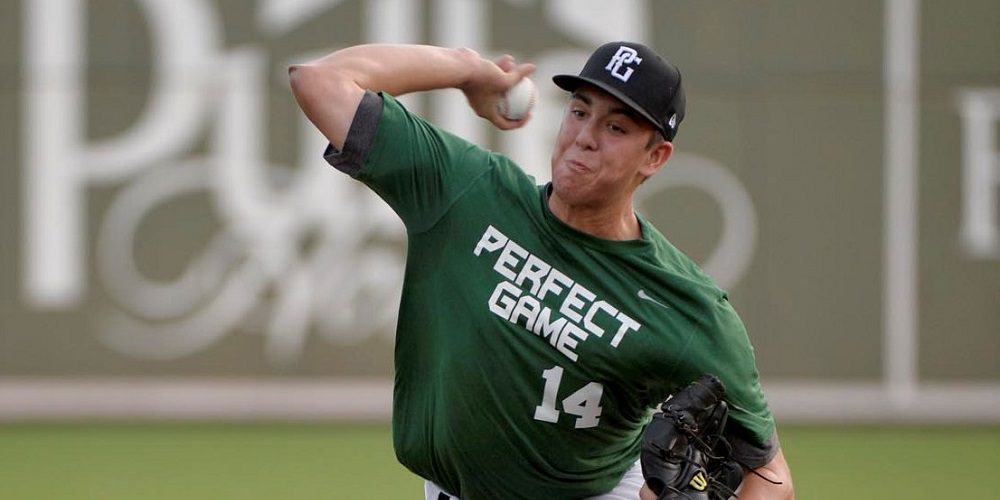 The 2017 MLB Draft looks like it will have one less projectable power arm for teams to choose from when June rolls around, as we’ve received news from our sources that 6-foot-6 righthander Joe Boyle has made a request to opt out of the process. Boyle, who ranked No. 34 on our most recent Top 100 High School Prospects list, has contacted Major League Baseball, requesting to not be selected in the 2017 amateur draft.

This request is not official by any means, as we saw former high school star Josh Bell make a similar request in 2011 only to be drafted by the Pirates and eventually ink a deal to play professional baseball. That case was an exception, but it’s something to keep in mind. Technically, the only way to fully remove yourself from the process is if a player was pre-selected as a top prospect by MLB and had to submit medical reports and take a drug test, but declined to do so.

For now, however, given this request, we should be operating under the idea that Joe Boyle will be headed to Notre Dame for the 2018 season and not to professional baseball. Here’s a look at a scouting report we released the released on the talented righty out of Goshen, Kentucky.

A true picture of projection, Boyle is an arm that scouts can dream on, and late in the summer circuit he began to show significant signs of tapping into that massive well of potential. The biggest thing in Boyle’s favor besides being 6-foot-6 is his smooth, easy arm path. He’s on top, it’s very low effort and very repeatable. His body still looks young despite those long limbs, and as his low half catches up with all the effortless arm speed, he’s only going to add more velocity. He lands open and loses his command to his arm side at times right now, but when he’s finishing properly, he has as strong a two pitch combination as any prep pitcher in the country.

After beginning the summer working at 91-93 mph with his fastball, Boyle began to hit 95-96 mph consistently by summer’s end. He lives mostly in that 92-94 range and has some late hop through the zone. It stays fairly true, but the velocity does play well because of his good extension. His 73-76 mph curveball gets loopy at times when he starts flying open, but he’s flashed sharp, above average 11-5 bite at his best. Boyle is a classic projection case, and his arsenal will need further development, but he’s as high an upside arm as any in the 2017 class and has top of the rotation ability.

Boyle would be an enormous addition to a talented pitching staff at Notre Dame that may be about to lose three of their biggest pieces to the MLB Draft this coming June. Peter Solomon, Brandon Bielak, and Brandon Bass are all the top three round candidates. An arm like Boyle could be exactly what the pitching staff needs to restock for the 2018 season.