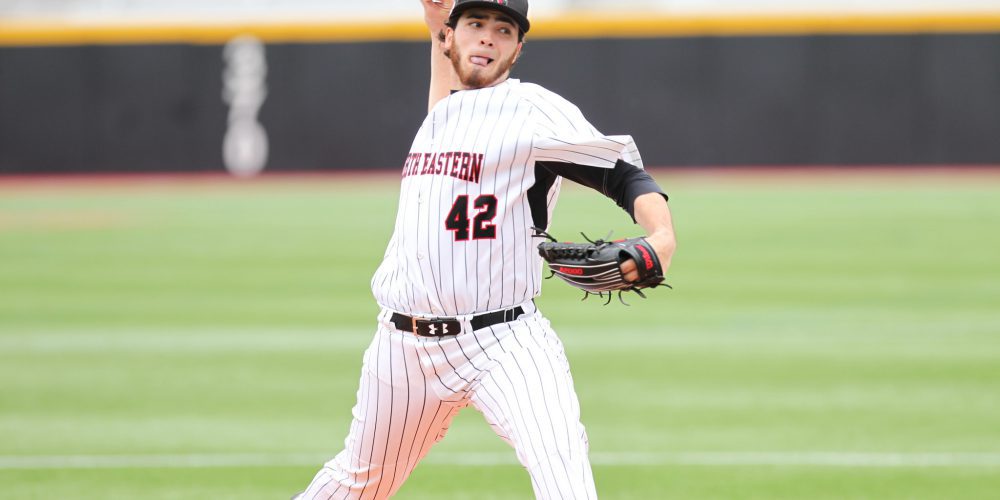 BOSTON — It’s a banner year for draft talent in the Northeast, and among the prospects drawing the most attention from scouts is Northeastern ace righty, Aaron Civale. While many prospects out of the region remain relatively unknown on the national scene until the spring of their draft year, Civale didn’t have that issue, at least for those who were paying close enough attention to the Cape Cod League. Civale’s coming out party as a draft prospect happened last summer and culminated with a dominating All-Star game performance in Wareham, Mass. in front of packed house of scouts. As it turned out,[…]

〈
Previous Article Opinion: Where Should The SEC Tourney Be?
Next Article D1Baseball's Weekly Chat: May 2
〉