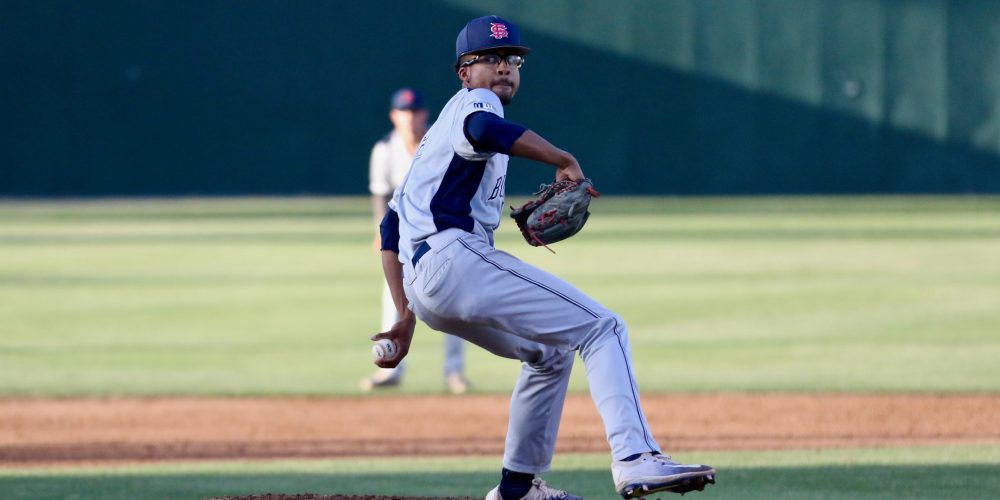 SAN DIEGO — This is how it is supposed to look. This is how good Ricky Tyler Thomas can be.

After an up-and-down season that included a bout of arm fatigue, the Fresno State junior lefthander produced one of his best outings at the right time. Thomas did not allow a run in 6.2 innings. He gave up just three hits. He struck out seven and picked up his fifth straight win as the Bulldogs beat San Diego State, 4-0, Thursday night at Tony Gwynn Stadium.

He looked like the preseason All-American pitcher he was expected to be all season, especially after a February that saw him strike out 24 batters in 13 innings and allow just three hits.

“Opening day against Oregon, that’s exactly what he had and he hadn’t had it since,” Fresno State head coach Mike Batesole said. “It was really good to see because we’re going to need it at the end here.”

The Bulldogs (30-22, 17-11) gave Thomas an early lead, getting a first inning RBI double from Aaron Arruda and a two-run homer from Korby Batesole an inning later. Carter Bins added a solo home run to left field on the first pitch of the sixth inning. The Aztecs (37-17, 19-9) never mounted a serious threat. They managed just four hits against Thomas and fellow San Diego-area native Fred Schlichtholz and got a runner to second base only twice.