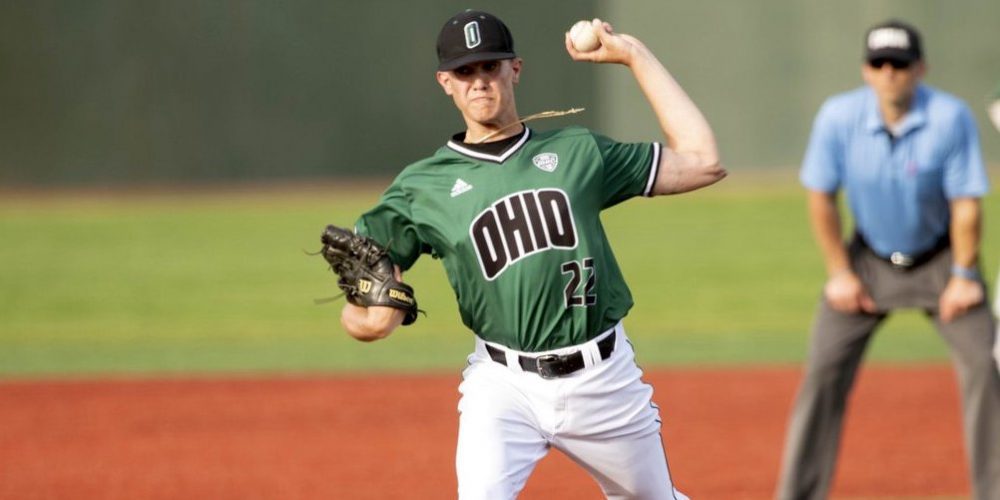 ATHENS, Ohio – On a cloudy and bitter afternoon at Bob Wren Stadium, Ohio University’s Joe Rock warmed things up with a superlative performance, throwing a no-hitter against Morehead State in the Bobcats’ home opener.

Offensively, Ohio was paced by right fielder Spencer Harbert and catcher Mason Minzey. Hitting in the cleanup spot, Harbert collected two hits and an RBI while Minzey had a pair of base hits and knocked in two in the 6-0 win. Furthermore, the Bobcats’ lead was boosted when Morehead made five costly defensive miscues, including three in the first inning alone.