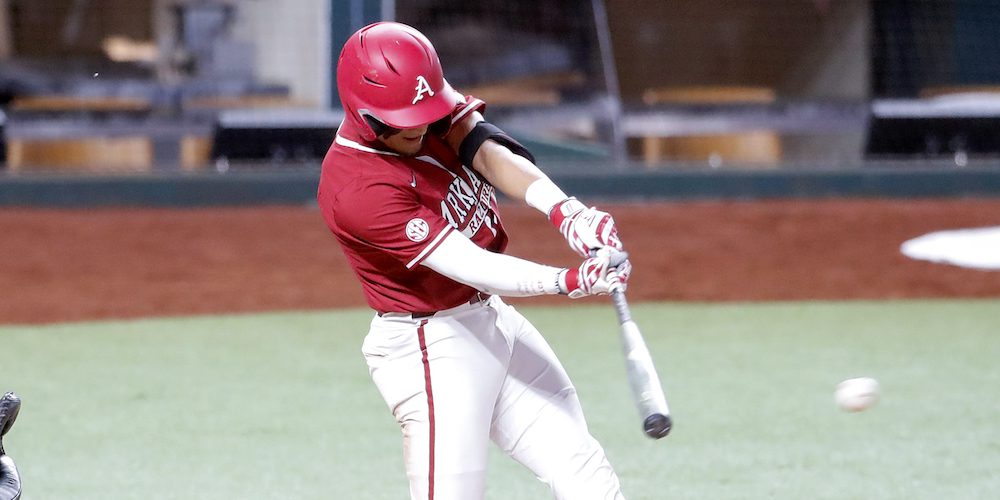 Jalen Battles had a strong debut for the Razorbacks. (Photo by Eddie Kelly / ProLook Photos)

ARLINGTON, Texas — If crazy is your thing, the nightcap between Arkansas and Texas Tech was right down your alley.

After pitching led the way in the morning game between Texas and Mississippi State, and bullpens shined in the second game between Ole Miss and TCU, Friday’s finale featured two of the nation’s better offensive lineups with the Razorbacks and Red Raiders. In other words, it was time for some chaos.

And that chaos was delivered with a total of eight wild pitches, some balks, some ridiculously clutch hits and one reliever — Arkansas righthander Elijah Trest — getting some[…]