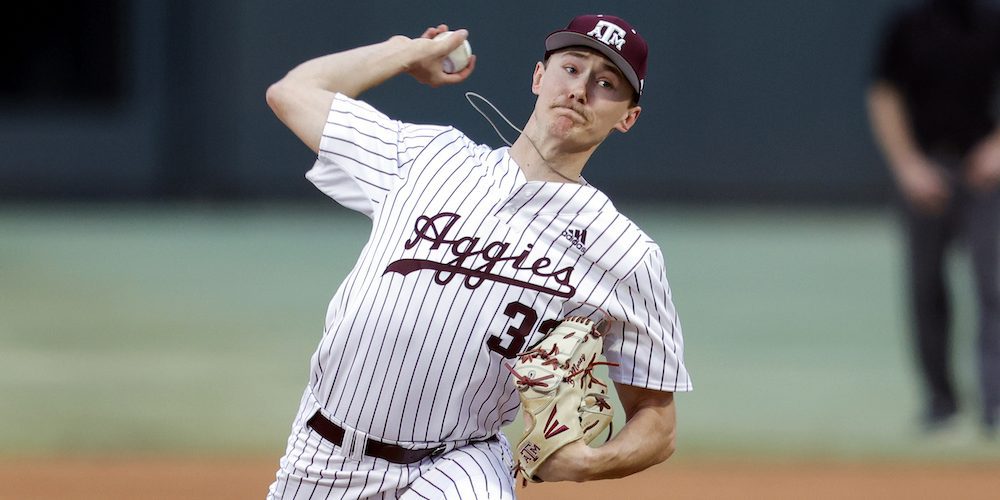 ROUND ROCK, Texas — Bryce Miller holds the key to A&M’s success this spring as the staff ace.

Perhaps Saturday’s performance against Oklahoma could be a springboard to something special.

Miller had one of the more powerful arms in the Southeastern Conference as a reliever for the Aggies last season. But with lefthanded pitcher Asa Lacy and righthanded pitcher Christian Roa gone to the professional ranks after being drafted in the top two rounds last summer, the Aggies needed someone to step up and become a premier, front-line starter.

Miller has a chance to be that guy, as he showed[…]