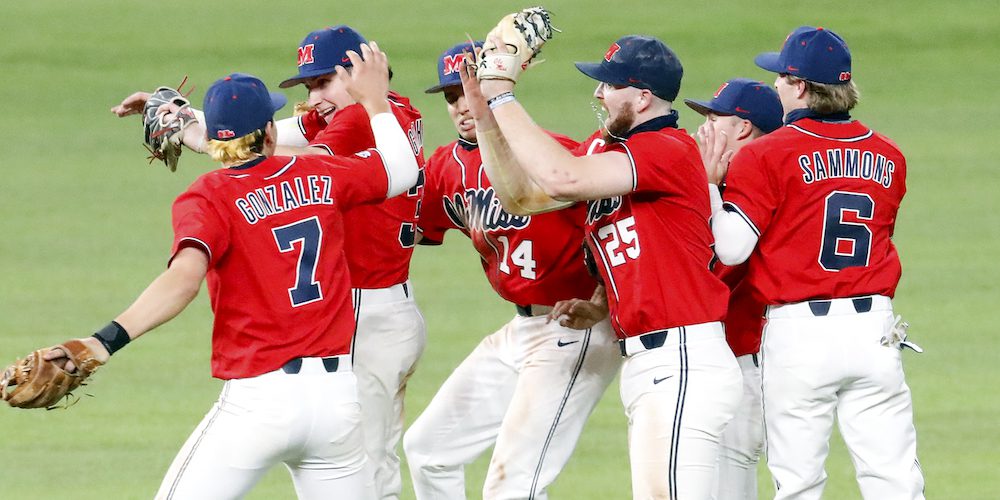 ARLINGTON, Texas — Through the first inning of the showdown between No. 6 Ole Miss and No. 10 TCU, it appeared that we were in the presence of quite a pitching duel between TCU righthander Johnny Ray and Ole Miss lefthander Doug Nikhazy.

That first inning proved to be an aberration in a game that the Rebels eventually won, 7-3.

In the top of the first, we got our first look at Ray, the TCU righty who was off to a solid start last season before the campaign was shuttered because of the pandemic. Then, you had cool customer Nikhazy,[…]