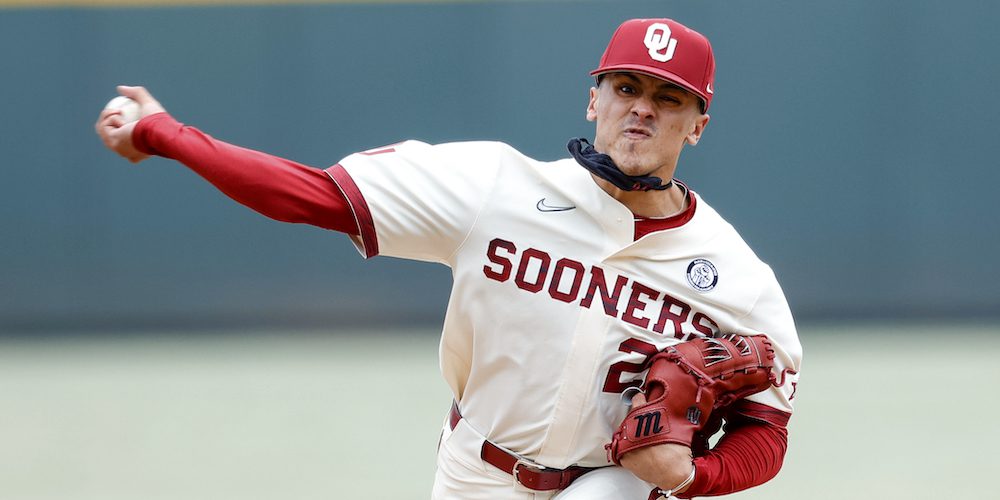 ROUND ROCK, Texas — Baseball is an unpredictable game, and your ace starting pitcher isn’t always going to have his best stuff.

Oklahoma showed Friday afternoon against Auburn that even the rarest occurrences doesn’t necessarily need to hold it back, as righthanded reliever Jaret Godman put together a herculean performance in a 4-3, extra-inning win over Auburn.

The Sooners sent righthander Wyatt Olds to the mound against Auburn, and they’d hoped to get a performance from him that emulated last week’s against Omaha, where he struck out seven and showed immaculate command with no walks in four innings of work.[…]