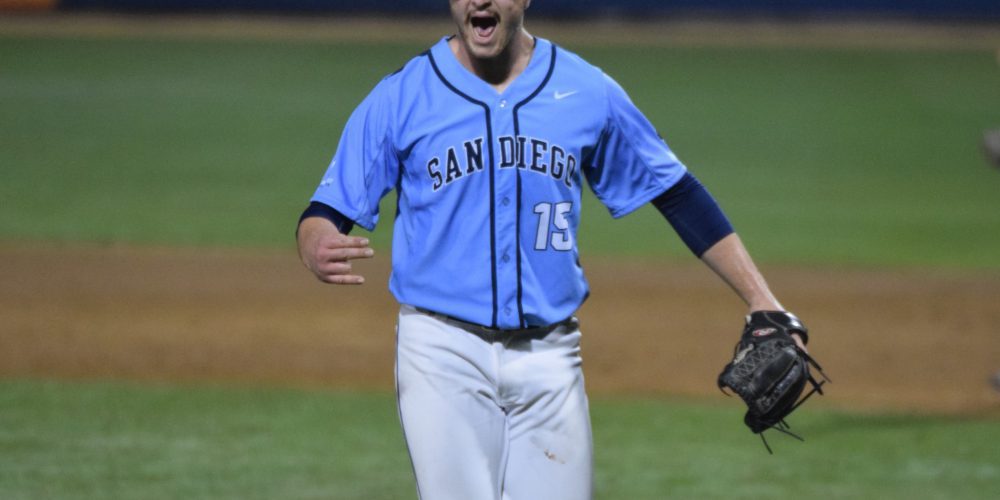 San Diego closer Drew Jacobs celebrates after nailing down a dramatic save vs. Tulane (Aaron Fitt)

SAN DIEGO — It will be an all-SoCal matchup in the championship game of the inaugural Tony Gwynn Classic, as UC Santa Barbara and San Diego slugged their way to victories in their first two games to reach the finals Sunday at 10:30 a.m. PT at Tony Gwynn Stadium.