HOUSTON – The Shriners College Classic is always one of college baseball’s best tournaments, and this year’s version was no exception.

Baylor, Oklahoma and Missouri led the charge in this week’s tourney, with the Bears going an unblemished 3-0, Oklahoma going 2-1 and the Tigers surprising some by trading blows and beating Oklahoma and Texas to finish the weekend after losing to the Bears in their opening game.

With the tourney now history, it’s time to dissect each team in the field.

So, let’s take a look at each team’s The Good, The Bad and Player to Watch the rest of the season: 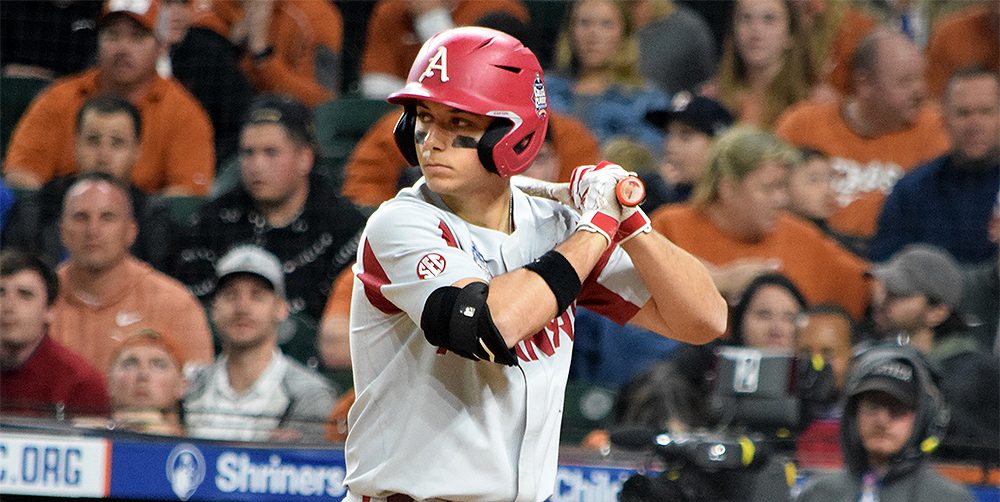 It’s tough to find something positive from the Hogs’ weekend in Houston, but two obvious items that come to mind are freshman second baseman Robert Moore and outfielder Heston Kjerstad. Moore just showed such an advanced feel for the game, both defensively and with his approach in the batter’s box. He’s not a tall guy at all, but he has some definite, present power in his frame. Moore caught every opposing coaches’ attention over the weekend, and for good reason. And Kjerstad looked like a sure-fire Top 20 type of draft pick. Kjerstad showed premier power and a terrific approach, and no ball he hit over the weekend was more majestic than the homer to dead center against Texas. Such impressive power. Another positive for me was righthander Kole Ramage in the final game against Baylor. Ramage struck out six and allowed just two runs in five innings. Perhaps he’s a guy ready to reestablish himself as a weekend starter – a role he has had in the past.

Check out our analysis on each team by subscribing below!