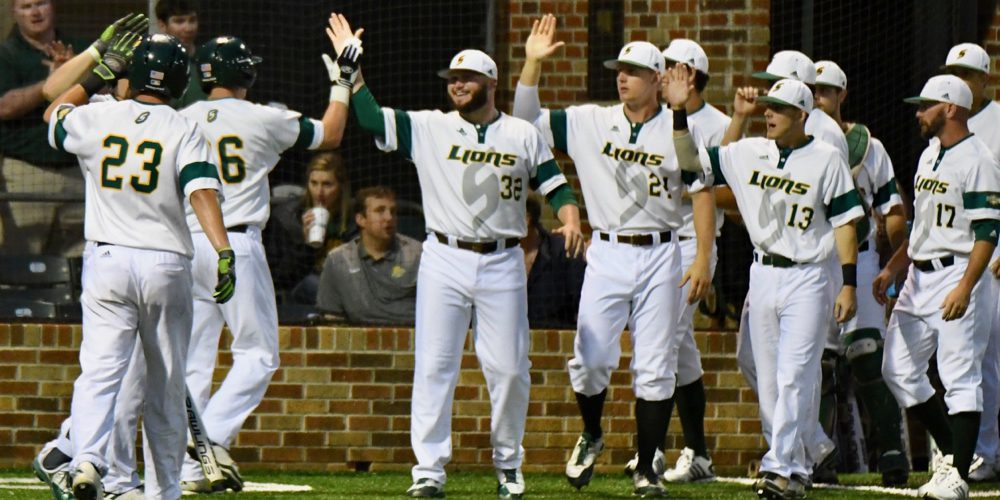 HAMMOND, La. — In Matt Riser’s first three years as Southeastern Louisiana’s head coach, the Lions have been a Southland Conference powerhouse. The Lions went 65-25 in SLC play over those three years and won 22 consecutive conference series during one stretch from 2014-16, going 25-1 in conference games during one period over the last two years. They won the SLC tournament in 2014 and 2016 to make regionals, and they won a record 25 Southland games in 2015 but were snubbed for a regional spot.

So it was jarring to see Southeastern get swept by Houston Baptist last week, especially after they had raced out to a 14-4 start. The week started with an 8-2 midweek loss at LSU, and Southeastern’s funk carried into the weekend, as the Lions saw their losing streak reach five games.

“I thought more than anything it was a hangover effect from Wednesday night. I thought for whatever reason, we put too much stock in the LSU game,” Riser said. “I tried to tell the guys, ‘Hey, it’s just another game.’ It was an opportunity for a quality win, but at the end of the day, Wednesday night, we discussed this: ‘Hey, this can’t have an effect on the rest of the weekend. We’ve got to go have a good practice on Thursday.’ And we didn’t. We didn’t have the right energy.”

But the snowball stopped rolling on Wednesday night; in fact, it splattered off the bat of third baseman Taylor Schwaner. The Lions started the night by resuming a suspended game against No. 21 UL Lafayette, which had been tied 4-4 in the 11th inning when play was halted. Schwaner electrified the home crowd by belting a walk-off homer to left field in the fourth inning. And the Lions kept the momentum going into another contest against the Cajuns later that night, cruising to a 15-3 win.