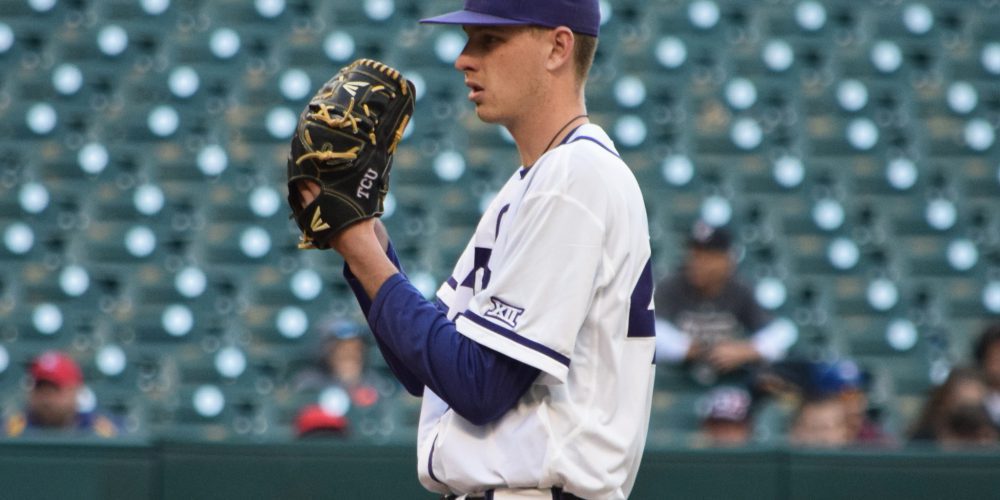 HOUSTON — Brian Howard could wind up being the difference between perennial power TCU vying for yet another College World Series appearance, or as some expected coming into the season, taking a slight step back.

But, if the talented veteran’s first two starts, especially Friday’s in a 7-1 win over Louisiana-Lafayette, are any indication, the Horned Frogs might just be in business. Sure, his start wasn’t pretty at times, but he gradually got better as the game progressed and set the tone for the Frogs, striking out seven, walking just one and allowing five hits in 6.2 innings, while also throw 95 pitches, 66 for strikes.

His quick rise is a development that had TCU coach Jim Schlossnagle smiling ear-to-year following the victory over the highly touted Cajuns.

“A start like this for Brian is not only crucial for him, but it’s crucial for this team and its success,” Schlossnagle said. “Everyone knows how we’ve pitched the last three to four years, and all the big names that were part of those pitching staffs. Everyone is looking to see how we handle that [losing three weekend starting pitchers], and it’s been so far so good thus far, but it’s a long season. But Brian has done a good job.”