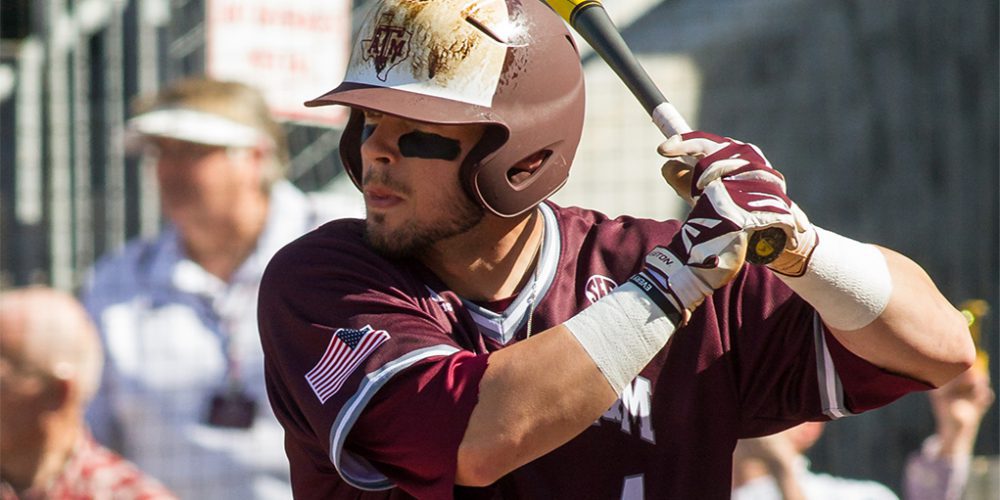 Texas A&M's Nick Banks is having a strong season. (TAMU)

We’re a little over halfway through the college baseball season, and the Southwest region and Big 12 have delivered some things that were expected, some surprising things, and some emerging stars. There’s a lot of baseball still yet to be played, but here’s a look at some of the best so far in 2015:

It might not make a lot of sense to include a preseason Top 25 club in this spot, but if anyone saw Texas A&M ripping off 24-straight wins and[…]