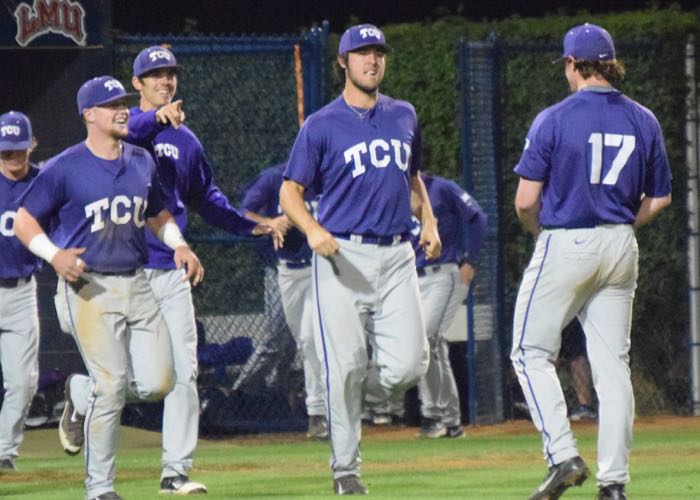 The Big 12 has been tough to figure out the past few weeks. (Aaron Fitt)

Just when we thought the Big 12 couldn’t toss any more screwballs at us, this past weekend happened, and showed that anyone can be beaten by anyone. And it also showed that the Big 12 standings are probably going to be a jumbled mess the rest of the way barring some divine intervention. Outside the Big 12, one program keeps winning at an astounding rate while two others are scuffling a bit. All of this and more is included in this week’s Southwest Notebook, which has analysis on Rice, Houston, Texas A&M, Texas, UTSA and much more.

#WeirdBaseball going on in the Big 12

Kansas State entered the weekend 2-7 in Big 12 play, and Kansas 1-5. So, of course, the former took a home series from then No. 3 TCU with a Sunday win and the latter did the same against then No. 14 Oklahoma State. 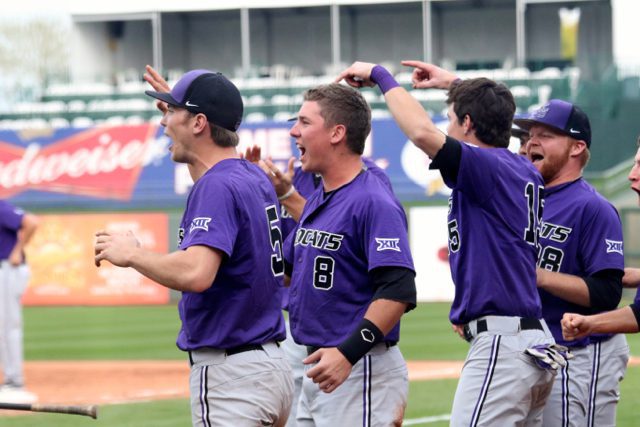 Kansas State is shaking some things up in the Big 12. (Shotgun Spratling)

TCU entered the weekend series as one of the most dominant pitching teams in the country top-to-bottom, and hadn’t given up 14 runs or more in a three-game weekend series all year. Kansas State scored 14 runs, all earned, on 18 hits Friday. After being shutout, it looked like the Wildcats woke up the Horned Frogs and were in for trouble on Sunday. But Kansas State responded with a 6-2 win, and chased stud Alex Young, who was our pick for Midseason Pitcher of the Year in the region, from the game before the fifth inning.