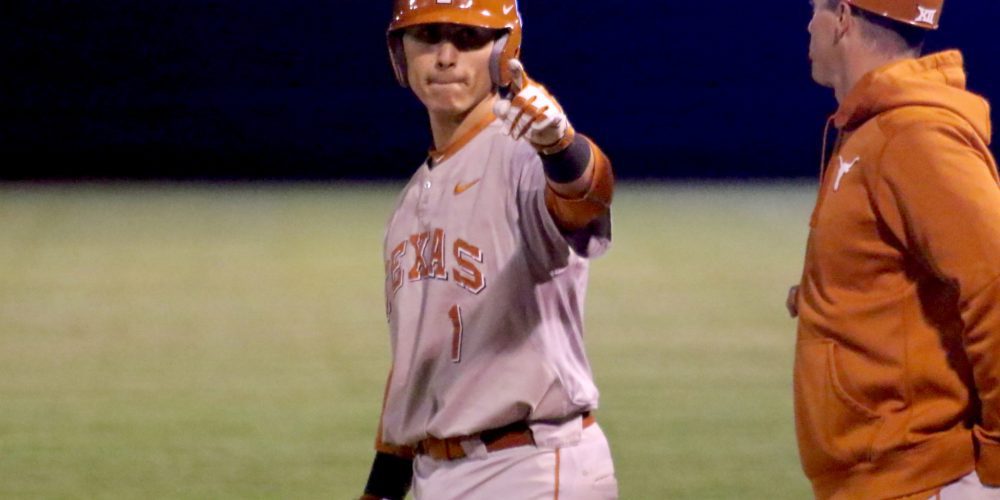 LOS ANGELES — “We had been there before and this time we found a way to win.”

Texas junior catcher Tres Barrera was being positive after the Longhorns turned an easy 7-2 victory into a nail-biting, blood pressure-raising 7-5 victory that ended with UCLA’s best hitter, Eric Filia, at the plate representing the winning run.

Filia flew out to left field to give Texas the victory to open the series, but the ninth inning wasn’t without drama. Freshman Chase Shugart walked two batters and hit another to load the bases without recording an out. Fellow freshman Nolan Kingham, who has put[…]