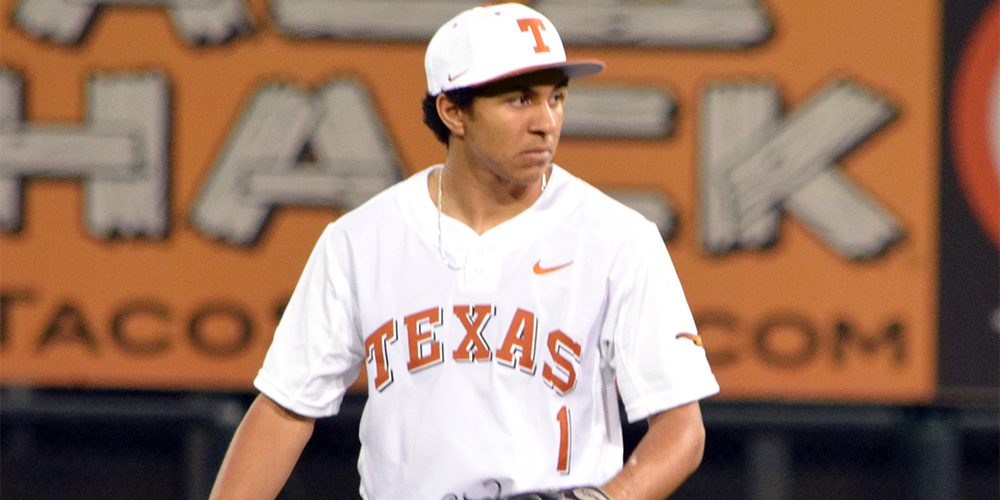 Takeaways From Austin: Rice and Texas

• Look for a strong season from Rice sophomore catcher Dominic DiCaprio. DiCaprio had the biggest hit of the game in the series opener, a gapper to the wall in left-center to put the Owls in front in a hotly contested game. DiCaprio also put the Owls on the board in the series finale with another double to the wall in left-center, this time off a fastball from Texas righthander Connor Mayes. The hard-nosed catcher was at it again in the sixth of the series finale, hitting a 77 mph slider from Texas pitcher Jake McKenzie to the right-center wall to score two more runs. DiCaprio certainly has room for improvement, but looked like a guy ready to put together a strong campaign. He displayed confidence at the plate and improved raw power, while as we’ve noted before, looking much better physically.

“I think DiCaprio has improved so much and looked great over the weekend,” Graham said. “And heck, I thought he was good behind the plate, too. He’s going to be such a big key for us.”