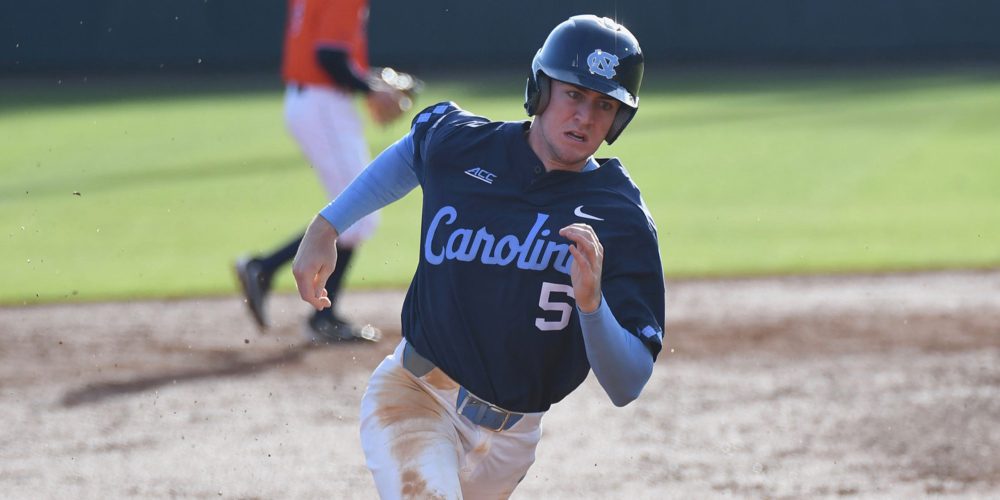 CHAPEL HILL, N.C. — Heading into this season, we had very high expectations for the North Carolina and Virginia offenses. In our preseason Top 25 Breakdowns, we graded the offenses nearly identically — both earned 65 grades (on the 20-80 scale) for hitting and 55 grades for power. But the Tar Heels were ranked No. 9 in our preseason rankings, and the Cavaliers were No. 17, for one reason: UNC owned a clear edge on the mound (where the Tar Heels earned a preseason grade of 60 in the rotation, compared with UVa.’s 50).

The first weekend of ACC play backs up that analysis. Both of these teams are loaded with offensive and defensive talent, but UNC has a pronounced advantage on the mound. And North Carolina’s arms were able to hold Virginia’s explosive offense in check over three games, while the Tar Heels put up crooked numbers in three separate innings over the last two days. As a result, UNC outscored Virginia 22-8 and took the series two games to one.

“We got beat this weekend by the big inning,” Virginia coach Brian O’Connor said. “In game one, we gave up a four-run inning, a five-run inning, then today (in the second game of the doubleheader) an eight-run inning. You’re just not gonna beat a good opponent like North Carolina doing that … We’ve got to get better. Certainly that’ll be our focus moving forward. That said, in this league sometimes, you go on the road and win a game, there can be something said for that.”

It’s important not to overreact to one weekend in March, but after watching all three games of this series, I learned a few things about these two ACC contenders. Here are some takeaways.