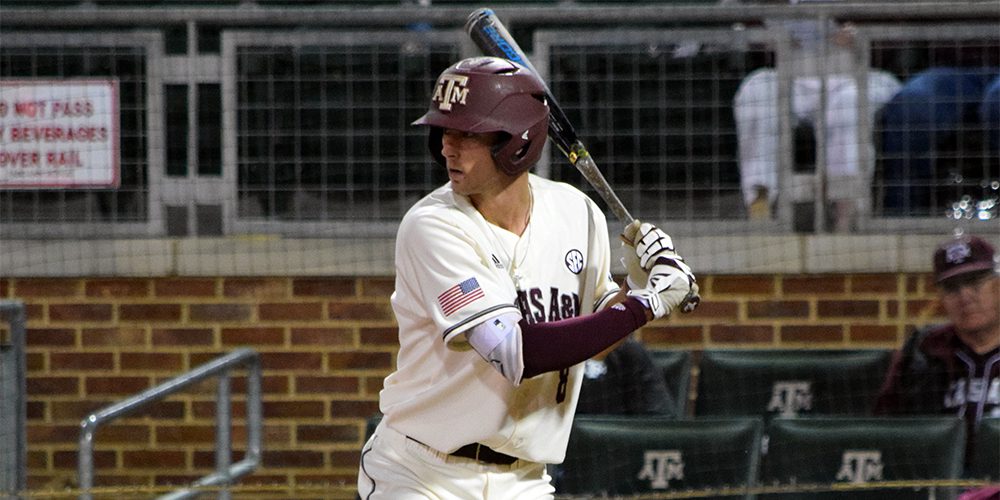 COLLEGE STATION, Texas — It wasn’t long ago Texas A&M was in a bad spot.

The Aggies got off to a hot start at the beginning of the season, but stumbled in the Houston College Classic with losses to TCU and Baylor. At that point, the Aggies looked like a team with some glaring weaknesses — the starting pitching and bullpen were inconsistent and bad at times, and the offense was leaving much to be desired.

Things seemed to get worse to begin SEC play. The Aggies dropped all three games to Kentucky to begin conference and headed off to Nashville the next weekend to face Vanderbilt. There, the Aggies dropped the first game to the Commodores before getting crushed 17-3 in the second game.

A&M was at a crossroads. It was 0-5 in the SEC and staring down the barrel of an 0-6 start. How many teams escape that kind of start to do big things in the SEC and on the national stage?

You don’t survive it and you don’t make the postseason.

But the Aggies held a team meeting after that loss and won the series finale over the Commodores. Since that point, Rob Childress’ club has played almost like a team possessed, continuing their impressive trend Thursday night with a 9-2 win over Mississippi State in a crucial three-game set.

A&M has now won 18 of its last 22 game and is up to 29 in the RPI with several games left against premier RPI opponents. That means the Aggies, if they continue to play at this level, could become a regional host on Selection Monday.”

“The big thing with this team is it’s not just one person,” Childress said. “Everyone on this team is contributing in some shape, form or fashion, and this team really likes playing together.”

While Braden Shewmake and Brigham Hill, among others, stood out for the Aggies, we also got a good glimpse at ultra-powerful Brent Rooker and the Bulldogs.

What caught our attention and why on Thursday? Find out.