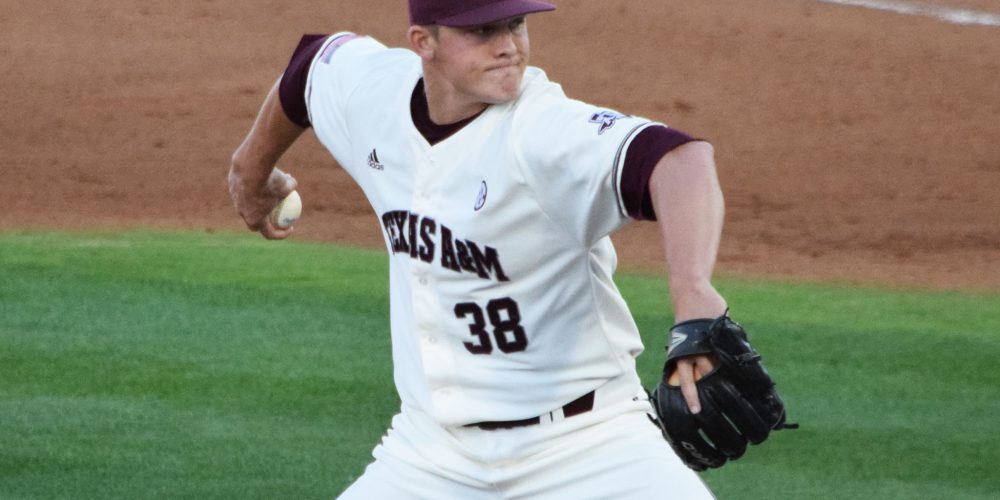 COLLEGE STATION, Texas — Texas A&M desperately wanted to get its starting pitching back on track in the series opener against LSU, and it accomplished that goal in impressive fashion despite some tense moments on the way to a 6-1 victory.

The Aggies hit the road last weekend to face Auburn to begin Southeastern Conference play. And though they headed home with a series win, the lingering taste, at least from a pitching standpoint, wasn’t particularly great. While the A&M offense shredded Auburn’s pitching, the Tigers’ offense responded in kind against an Aggies arms arsenal that’s expected to be one of the nation’s best.

The damage last weekend? A&M’s pitching staff allowed 27 runs on 36 hits. Meanwhile, righthander Jace Vines, who got the start against LSU in the series opener, and on short rest, allowed six runs (five earned) in just 3.1 innings against Auburn.

The Auburn series was a red flag for the A&M pitching staff, but any concerns could be washed away against LSU this weekend. It’s just one game, and a couple of arms, but Vines responded in impressive fashion on Friday, routinely working out of any potential jams and showing a mature approach, while also displaying precision with his ability to pound his fastball low in the strike zone.

“Honestly, that’s what he has to do to be successful,” Texas A&M coach Rob Childress said about his fastball location. “I’m very proud of him because he got us off to a great start, and we were able to score a couple of runs to help him. Then, we couldn’t have played better defense in the dirt.”

〈
Previous Article Fun Continues For MSU's Humphreys
Next Article Baumann: Texas Gets Luck On Its Side
〉