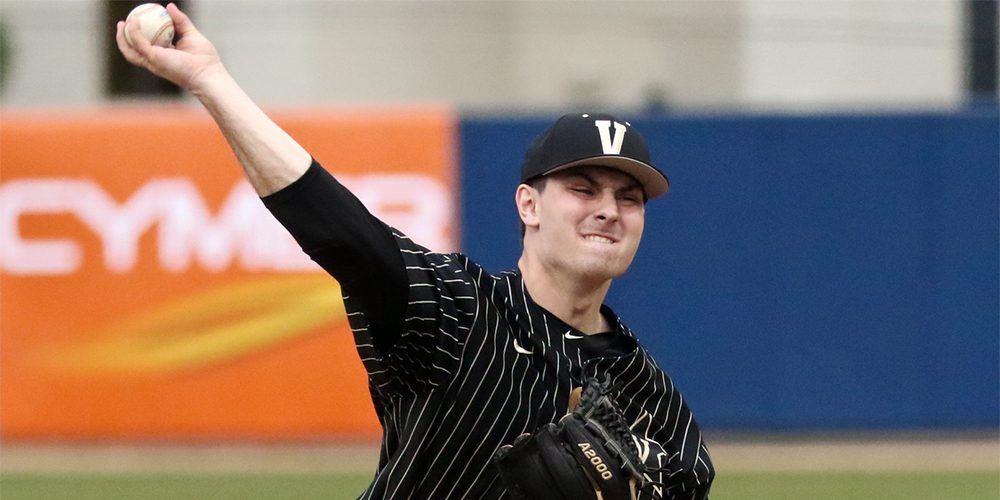 Teams On The Upswing: Week 8

Every Monday, Aaron Fitt and Kendall Rogers take a look at 10 teams that boosted their stock over the weekend. Here’s the batch from Week Eight.

The Golden Bears have had a rollercoaster season thus far, which isn’t terribly surprising considering all the talented young players they are leaning upon. After starting Pac-12 play 1-5 over the first two weekends, Cal has now swept back-to-back conference series to climb to 15-14 overall and 7-5 in the Pac. The Golden Bears scored 25 runs in a three-game sweep of Arizona State this weekend — the first time Cal has swept ASU since 1993.

Freshman slugger Andrew Vaughn continues to rake for the Bears; he led the conference with seven homers entering the week, and he proceeded to go 8-for-13 (.615) with three doubles, a home run, seven RBIs and five runs scored in four games (including a midweek game against Stanford). The freshman first baseman is now hitting a robust .388 with 27 RBIs on the season. And another one of Cal’s highly touted freshmen, righthander Jared Horn, held ASU to just one unearned run over seven strong innings Friday to improve to 3-2 on the season. Horn has one of the biggest arms in college baseball, and he’s clearly starting to figure out how to harness his huge stuff.

The Bears went through a little rocky patch before the start of conference play, losing back-to-back series against Memphis and Central Michigan. But in the last two weeks, they have clearly established themselves as the team to beat in the Missouri Valley Conference. After sweeping Bradley last weekend, the Bears swept fellow MVC power Dallas Baptist this weekend to improve to 6-0 in the league. Ace Jordan Knutson (8 IP, 2 H, 1 ER, 2 BB, 13 K) did the heavy lifting Friday, improving to 5-1 on the season. The bats carried the load Saturday, as MSU scored five runs in the first and held on for an 11-8 victory, as Aaron Meyer drove in five and fell a single short of the cycle to lead the offense. His three-run homer in the eighth provided insurance that proved critical. Meyer homered again Sunday, and so did stars Jake Burger and Jeremy Eierman, leading Missouri State’s offense behind Doug Still (7 IP, 6 H, 1 ER, 1 BB, 8 K). When that offense gets rolling like it did this weekend, the Bears are scary.