COACHING SCOOP: New @OaklandBASE skipper Jordon Banfield will bring over pitching coach Dan McKinney from @ZipsBB. Still has another spot to fill out staff, but McKinney moving over. #Akron now has two gigs to fill.

NEWS: The @BigWestSports has passed a guideline that will limit the total traveling baseball party to 32 people — including players and coaches. SIDs/broadcasters are exempt, but will certainly be a headache for some teams who travel more personnel. 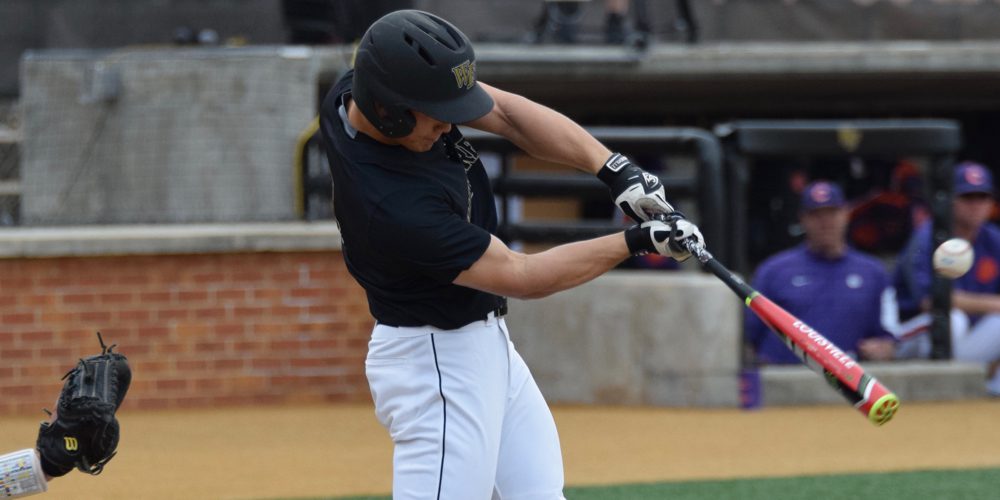 Teams On The Upswing: Week 4

Another week of college baseball action is in the books, and as usual, there are a certain group of teams who appear to be headed the right direction. Which teams, over the last week, feel like teams on the rise?

The Golden Bears have had an up-and-down first month, to be expected with a young roster. But after sweeping a road series against Pepperdine this weekend, they’re sitting at 7-7 heading into the start of Pac-12 play, and they own solid series wins against Cal Poly and the Waves, plus a four-game split with Gonzaga. Freshman Andrew Vaughn has made a big impact early on in his career, and he led the offense this weekend, recording three straight multi-hit games in Malibu. Overall he went 7-for-13 on the weekend with a homer, four RBIs and four runs. The Bears were counting on him to be a middle-of-the-order run producer right away after he hit .340 with three homers in the fall, and he has delivered as hoped so far, batting .328 with a team-high three homers and 10 RBIs.

Cal’s young, talented rotation also had a solid weekend. There’s a lot of upside in the trio of Tanner Dodson, Jared Horn and Joey Matulovich — all underclassmen with arm strength and projectability. Horn struck out eight and allowed just two runs over 6.2 innings to pick up his first career win on Saturday, and Matulovich shined in his second start of the season Sunday, striking out a career-high 10 in a complete-game five-hitter. A lanky 6-foot-3 righty with a crossfire delivery that helps give his 88-93 mph fastball good life, Matulovich looks like a great fit in the rotation. The Bears should be a fun team to watch in conference play.