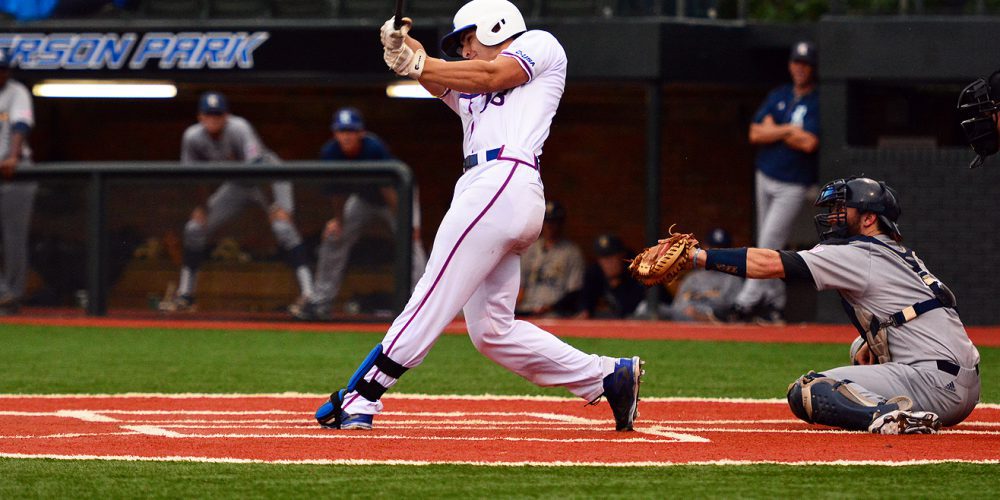 1. Team of the day: Louisiana Tech

The Bulldogs narrowly made our field of 64 this week, and are a win away from making getting to the postseason a reality after a 12-2 home thrashing of Rice.

Louisiana Tech’s Brent Diaz had a huge night at the plate, collecting a triple, home run and knocking in five runs, while Chase Lunceford also had a big night with a home run, three hits and two RBIs. In all, the Bulldogs touched up Rice righthander Jon Duplantier for nine runs on seven hits in just 4.1 innings of work.

On the mound, Tech’s Phillip Diehl had a strong start, striking out six, walking one and allowing a run on four hits in seven innings, while Kelby Blalock closed it out in the ninth inning.

With the win, Louisiana Tech is now up to 43 in the RPI with a 6-3 record vs. RPI Top 50 teams. Again, I think another win this weekend puts this team in OK shape entering the Conference USA tournament.

Much had been said a few weeks ago about the potential decline of the elite righthander, but he’s thrown well as of late and put together another strong start in a dominant 7-0 win over Arkansas.

Hudson struck out 10, walked two and allowed five hits in a complete game performance. He showed good command throughout the game, tossing 120 pitches, 81 of them for strikes. 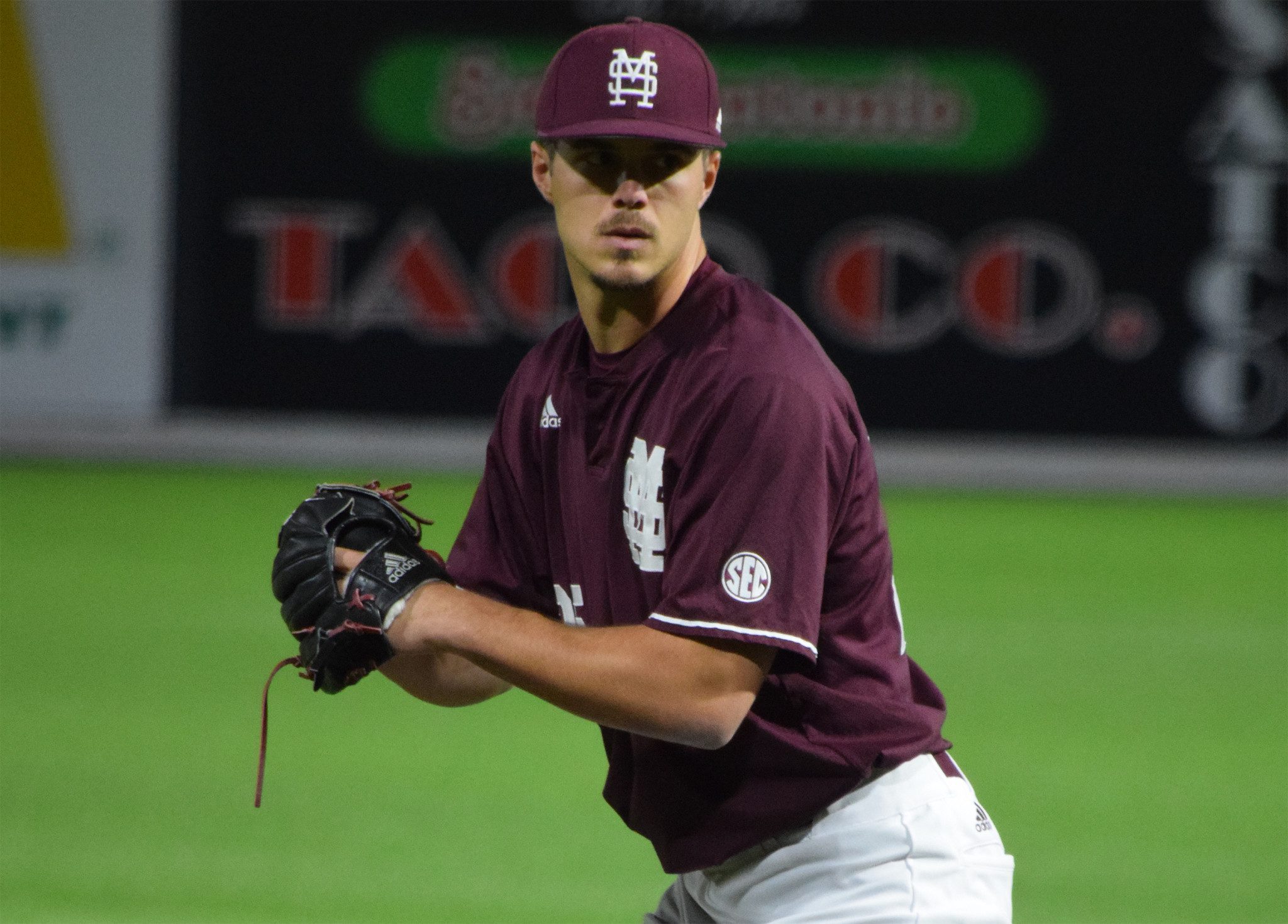 With the win, the Bulldogs moved one step closer to completely locking up a national seed entering the SEC tournament. MSU remains tied with Texas A&M atop the SEC West, while the two teams are narrowly behind Florida for the top spot and regular season title.

Conference USA is rather wild to start the final weekend of the regular season. Southern Miss was in control of the league entering the night, but was upset by Florida International in 10 innings, 6-5.

FIU tied the game at 5-5 in the bottom of the eighth inning before the game went extra innings and it beat USM on a walk-off wild pitch in the 10th inning.

Despite losing to the Panthers, the Golden Eagles got some good news Thursday, as veteran righthander Cord Cockrell who has missed a few weeks because of soreness, returned to the mound and tossed three shutout innings before he was lifted after 38 pitches.

As it stands, Southern Miss and Marshall are tied atop the C-USA standings, while Florida Atlantic and Rice are a half-game out of first place and Louisiana Tech is three games back.

• Ohio State lefthander Tanner Tully allowed just two runs in six innings, while Troy Montgomery had three hits in a 3-2 win over Minnesota on the road. With the win, the Buckeyes are now just 1 1/2 games out of first place, with the Gophers holding to a narrow half-game lead over Indiana.

• Central Arkansas derailed Southeastern Louisiana’s surge with an impressive 13-5 victory at home Thursday. Ty Tice had a double and three hits to lead the Bears’ charge, while Chris Townsend had three hits and two RBIs. With the loss, Southeastern is still in good shape RPI-wise at 38, but is just a half-game ahead of Sam Houston State, which is up to 46 in the RPI.

• Nebraska-Omaha picked up a big upset on Thursday with a 10-4 win over conference champion Oral Roberts. Clayton Taylor had a home run in the contest, while Cole Gruber chipped in an impressive performance with two hits and four RBIs.

• UNC Wilmington clinched the outright Colonial regular season title with a dominant 12-2 road win over Delaware. The top five hitters in UNCW’s lineup combined for eight hits, while Nick Feight had a huge night with a home run, double and three RBIs.

• Texas A&M is pretty much a lock for a national seed, but still wants to take care of business at home against Ole Miss this weekend. Meanwhile, the Rebels want to enhance their national seed chances with a series win over the Aggies. A&M had trouble against Ole Miss righthander Brady Bramlett for five innings, but broke a 6-1 victory open in the sixth inning with a five-run rally, as J.B. Moss and Hunter Melton each smacked doubles to lead the way. A&M righthander Brigham Hill had a big night on the mound, striking out eight, walking one and allowing just a run in seven innings.

• Miami hit the road and took the series opener from rival Florida State, 4-2. Hurricanes freshman hurler Andrew Cabezas allowed two runs in 4.2 innings, while the bullpen did a terrific job. FSU starting pitcher Drew Carlton put together a quality start in the losing cause, allowing just a run in five innings. With the loss, the Seminoles are now down to 17 in the latest RPI and will need to win the next two games against the ‘Canes to stay in the national seed hunt.

• Louisville has played exceptionally well the past few weeks and is now a national seed lock. The Cardinals began their road series against Wake Forest with a 3-1 victory. UL lefthander Brendan McKay put together a strong performance, striking out six, walking three and allowing a run on six hits in six innings, while Wake’s Parker Dunshee allowed just two earned runs in seven innings. While the Demon Deacons are still in terrific shape from an RPI standpoint, they need to win at least one game this weekend. Going 13-17 in conference play would be an ugly finish to the regular season.

• NC State desperately needs a series win over the Tar Heels to lock down a host site, while also hoping to keep its national seed chances alive. The Wolfpack started the weekend on a positive note with a 6-4 win in the series opener. NC State’s Cory Wilder didn’t get out of the first inning, while the Pack used seven pitchers in all to take down the Heels. With the setback, UNC dropped to 12-16 in the ACC and needs to finish the weekend with a pair of wins to stay in good graces in bubble talk.

• New Mexico is in the race for the Mountain West regular season title this weekend, and was impressive with a 23-2 road win over Air Force. Jared Holley had a ridiculous night for the Lobos, collecting three hits (two doubles) along with a whopping seven RBIs. Meanwhile, Jared Mang finished the night with four hits and three RBIs.

• Nebraska’s Scott Schreiber has been arguably the nation’s hottest hitter over the past week, and he once again had an impressive showing in a 4-1 home win over Indiana. Schreiber hit a three-run homer and knocked in three runs, while Derek Burkamper had a strong start, striking out three and allowing just two hits in 7.1 innings. Another win this weekend puts the Huskers in pretty good postseason shape entering the conference tourney.

• Michigan took a 1-0 decision over Illinois on the road, and the two starting pitchers were just terrific. Michigan’s Brett Adcock struck out nine and allowed just three hits in 8.1 innings, while Illinois righthander Cody Sedlock continued his impressive pitching, striking out seven, walking three and allowing just a run on three hits in a complete game performance.

〈
Previous Article Pepperdine With Some Spice
Next Article Fitt: High Stakes In The Triad
〉