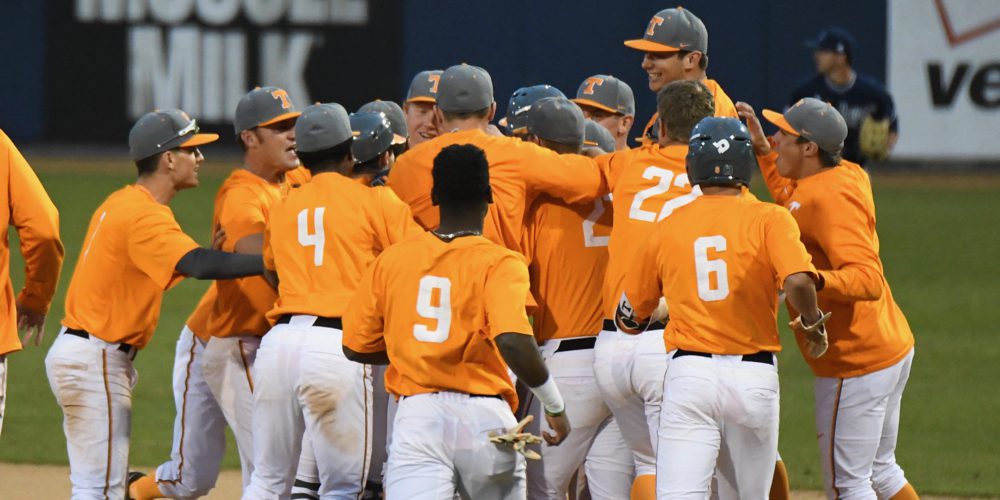 SAN DIEGO — Tennessee knew it would find out a lot about its young team right out of the gate this spring. The Volunteers opened their season with an 11-day road trip that began with a series win at Memphis, then continued with a week in Southern California. Tennessee beat Loyola Marymount 8-4 on Wednesday, then played three games in two days at the Tony Gwynn Classic in San Diego. And they aced that test, scoring 30 runs in three victories against Seton Hall, San Diego State and UC Irvine.

〈
Previous Article How The Top 25 Fared: Week Two
Next Article Our Tribute To Stanford's "9"
〉