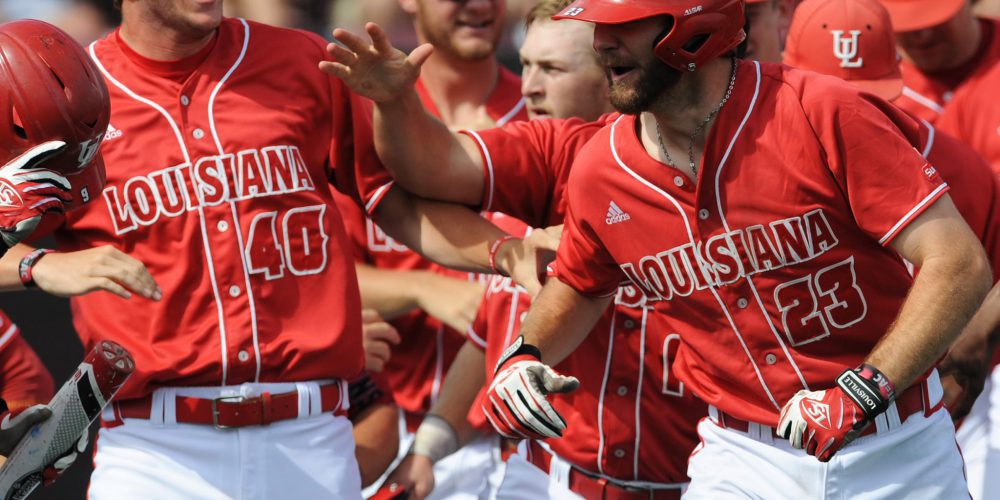 The Cajuns have the experience and more to have a huge 2016 campaign. (UL)

Getting To Know The Ragin’ Cajuns

The Cajuns should have a really interesting and somewhat balanced offense entering the 2016 campaign. There’s no doubt Robichaux’s club will feel the departures of Blake Trahan, Tyler Girouard, and from a power perspective, pop-hitting first baseman Greg Davis. However, plenty of key cogs are back and have this team on the right track from an offensive perspective. For instance, Clement and Trosclair were the top two hitters on this team last season, and both are back. Trosclair has plus power and Clement, too, can hit for gap-to-gap power with a very consistent overall approach. Thurman and Conrad should both be more consistent this season, with Conrad really blossoming during fall workouts with a .396 batting average, while Fontenot, who only had 28 at bats last season, had a strong fall with a consistent approach and improved power production. Antchak should be a consistent offensive contributor, while Kasuls, Sensley and Edwards are rather interesting. Kasuls is a quick-twitch athlete who showed advanced development in the fall, while Sensley is raw in the field, but has big-time power and a thick, impressive body. Edwards is a blazer who just sees the ball jump off his bat. This offensive unit won’t be confused with that of two years ago, but you know what? This team doesn’t need to be that good offensively.