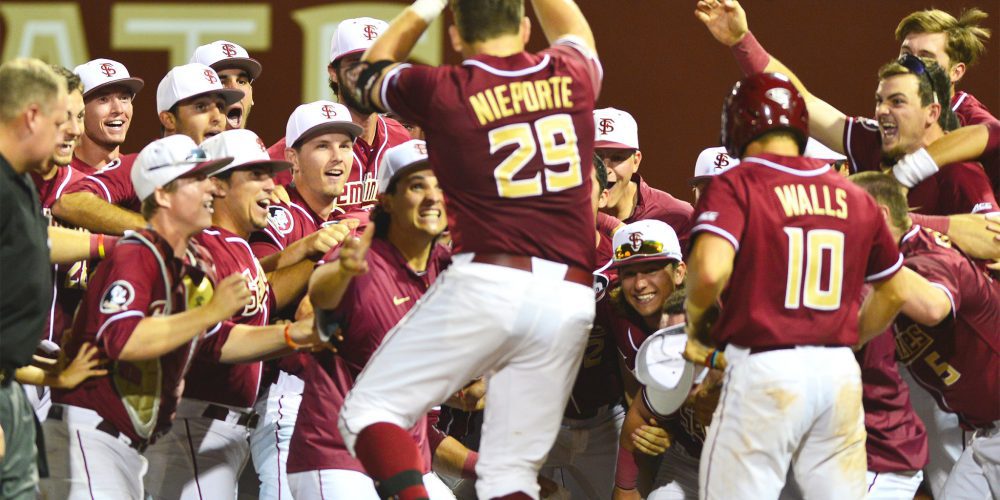 Getting To Know The Seminoles

Florida State has one of the more interesting teams in the country from an offensive standpoint last season. Sure, the numbers didn’t look pretty with an abysmal team batting average. But, the Seminoles made things happen when they needed to. That appears to be much of the way this lineup will be, too, granted I do believe this lineup will finish the season with a batting average well above .260. Clearly, the Seminoles have the tough chore of replacing hard-hitting veteran DJ Stewart, but Nieporte brings back a consistent approach and plenty of power, and Sansone, Busby, DeLuzio and Walls are all guys with skill sets to be infinitely better. Sansone showed strong leadership during a strong fall, and the Seminoles are hopeful DeLuzio will make things happen more often this spring. They’d like to get DeLuzio’s athleticism showcased more with a more aggressive approach, i.e., drag bunts and more. Meanwhile, newcomers Raleigh and Henderson are very exciting options. Raleigh has drawn some young comparisons to former Georgia Tech catcher Matt Wieters with his overall look. Raleigh has a high ceiling, pop and a consistent approach, while Henderson is a David Eckstein type of player who embodies what it means to be an FSU player. He’s a consummate grinder. Freshman Tyler Holton is another intriguing player to watch, as he’ll help the Seminoles both on the mound and at the plate.