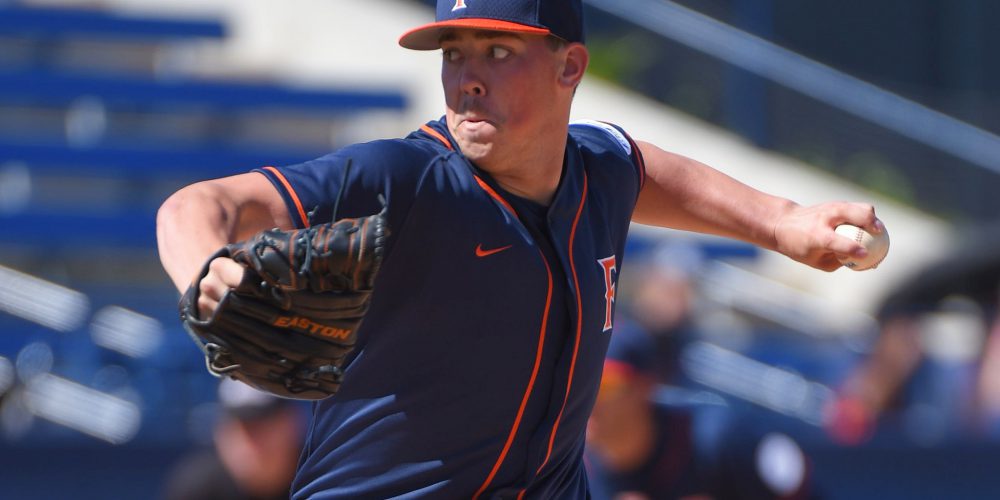 John Gavin and Fullerton are full speed ahead. (Matt Brown)

Getting To Know The Titans

We fully expect the Titans to be very similar to what they were last season from an offensive standpoint. The Titans finished the year with a batting average just a hair over .260, but the big key to the offense was just finding ways to make things happen. Essentially, the Fullerton way. The Titans do have some versatility throughout the lineup. For instance, they have seven returning starters who are seniors or juniors, four of them seniors, and each hitter can do a little something different. Vargas and Stieb are dynamic athletes who can really makes things happen in a variety of ways near the top of the order, while Blaser and Bryant showed more line-drive and power potential in the fall with hopes of carrying that over to the spring. Meanwhile, Pinkston is a seasoned bat and has a lot of experience, while Bravo is a consistent hitter and Richards is a spark-pluggy potential type of guy with his jitterbug-like actions. The pick to click in this group might just be Hurst, the ultra-talented sophomore. If you remember, he arrived with high acclaim, but ran into some injury issues last season. Hurst had a very strong fall and showed a middle of the order bat.