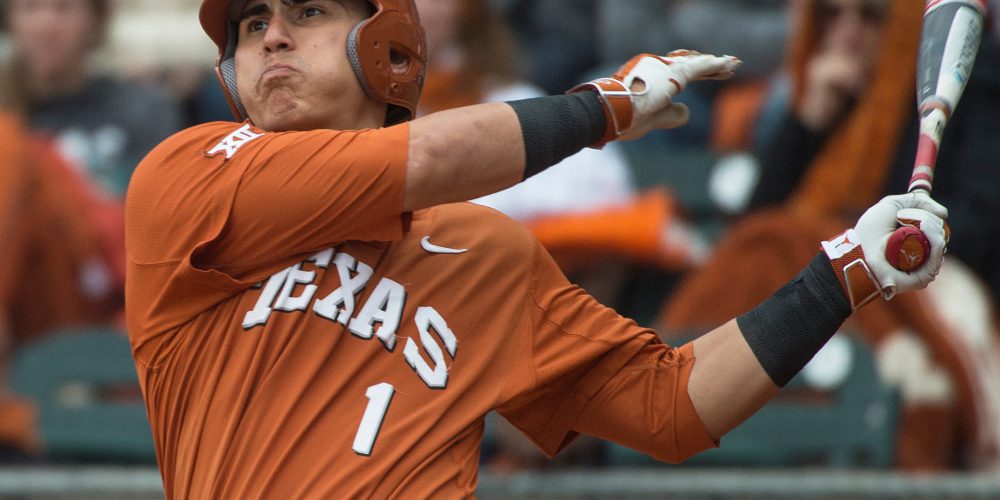 Getting To Know The Longhorns

The Longhorns are in a good spot from a grade standpoint until they prove they prove they can climb out of it. With that said, the Longhorns will indeed be better offensively this spring, but how much better? That’s the burning question around Austin entering the 2016 campaign. Texas clearly has a tough hole to fill with the departure of athletic outfielder Ben Johnson, but there are reasons for optimism. Barrera is a year older and wiser, and should become a more balanced overall hitter, combining a more mature approach with some serious pop in his bat, while Baker really showed some upside as last season progressed. Kody Clemens will be the spark plug type to really focus on this year. Though he will have freshman moments like everyone else, he’s a dirtbag-style player who just hits the ball where there’s a hole. He’s not going to overwhelm any team with a power tool, but again, there’s a good approach there and he’s a smart hitter. Cantu and Boswell both are gifted prospects and conventional wisdom suggests across the board improvements, while Kacy Clemens gained more confidence in the fall with added strength. Mathis might be the most interesting guy to watch. He showed some real glimpses of being a special hitter at times at the end of last season, and his power will play up away from home, and even at pitcher-friendly Disch-Falk Field. Two-way grinder Shugart is another spark plug time to focus on, though his balance between his role as a pitcher and hitter is still yet to be determined.