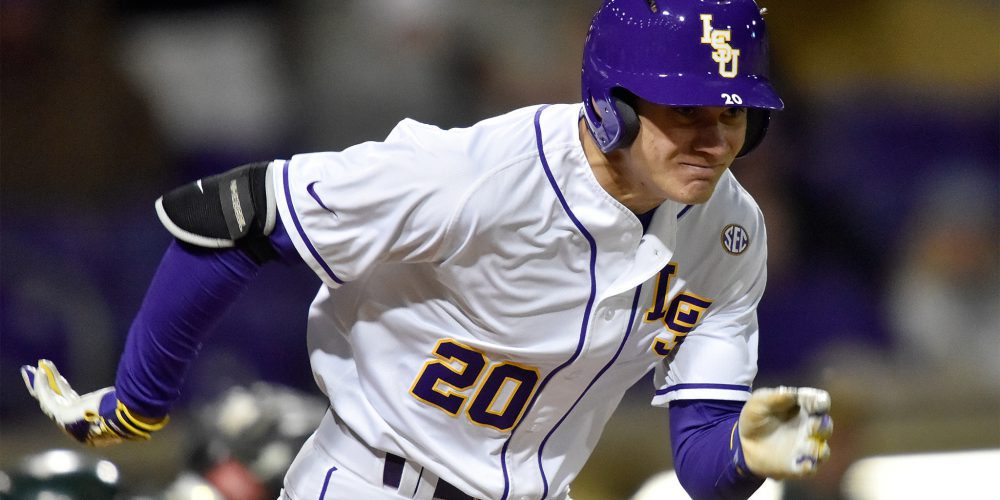 If history is any indication, the Tigers will have one of the more prolific offenses in the SEC and college baseball. LSU entered last season with a plethora of question marks, but steadily improved as the season progressed and ended the year with a team batting average just shy of .295. That after losing almost every key piece of the starting lineup.

Of course, the Tigers, after rising to the occasion last season, have a bigger target on their backs. But this lineup is more mature and looks stout throughout. Getting a dirtbag-type player like Robertson back in the mix is huge, while Freeman is a speedster who can make a lot of things happen.

For my money, Deichmann is the one who will have a breakout, highly productive campaign, while Duplantis, who already is a good hitter, looks to become a bigger overall weapon. From a newcomer standpoint, Slaughter can be an instant impact guy with his overall approach and power and Smith is a guy who can smack the ball into the power alleys, while also showing a mature and consistent approach.

Furthermore, the Jordan brothers have a good approach and will grind out at bats and the “lying in the weeds” player could be Papierski behind the plate. He’s got some pop in his bat, but has struggled immensely at the plate since his arrival in Baton Rouge.  There’s a chance the veteran puts all the pieces together, and if he does, it takes the already-impressive LSU lineup to another level.

The other item to keep an eye on with this unit is the philosophical approach. LSU’s hitters had very good synergy with former hitting coach Andy Cannizaro. And while the buzz around Baton Rouge is extremely positive on Micah Gibbs, Cannizaro still leaves behind some big shoes to fill.