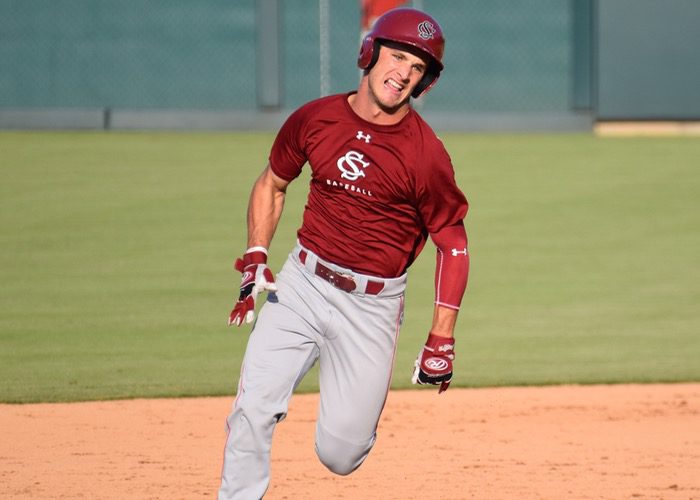 Getting To Know The Gamecocks

The Gamecocks lost their top three hitters from a year ago (led by All-American Kyle Martin), leaving Cone as the top returning hitter — with a .257 average. So on paper, there is reason to doubt this South Carolina offense, but the reality on the field is much different. A strong group of newcomers combined with a number of returnees poised for breakout seasons should make South Carolina much better offensively in 2016. This is a deep, athletic lineup with a nice mixture of righthanded and lefthanded bats. A major key will be whether Mooney or Scolamiero can become reliable table-setters at the top of the lineup; both showed more disciplined approaches in the fall, and both have the bat-handling skills to perform much better than they did a year ago. Cone could also factor into the top two spots in the lineup thanks to his nice lefthanded line-drive swing and patient approach (35-32 BB-SO last year). Destino, Thompson-Williams, Bride and Taylor give the Gamecocks a very nice quartet of run producers in the heart of the lineup — two leftanded, two righthanded. Talented freshman L.T. Tolbert also could force his way into the lineup as an infield spot thanks to his baseball savvy and ability to routinely produce quality at-bats.