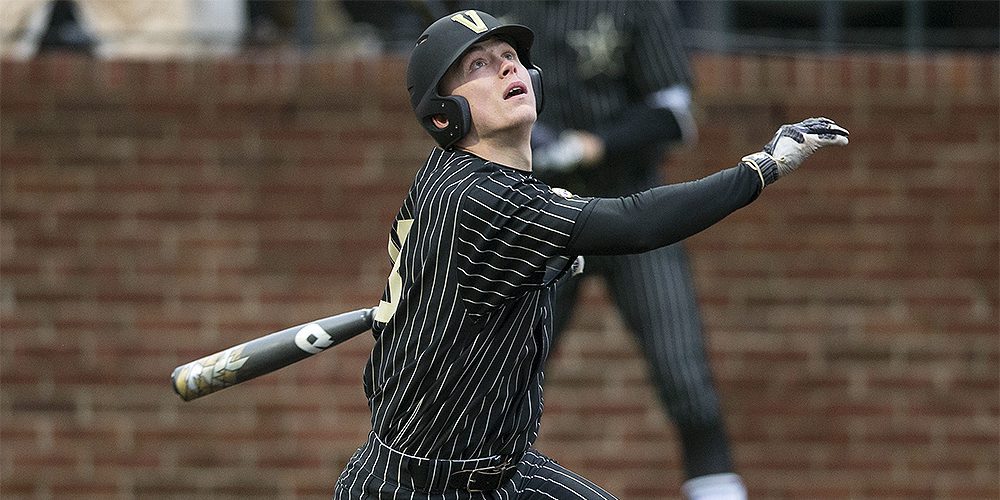 Vanderbilt was one of few teams with premier recruiting classes who got through the MLB draft in good shape last summer. The Commodores welcomed the nation’s No. 1 class to campus this past fall, so it shouldn’t come as a surprise many of those guys are making an impact the first four weeks of the season.

The Commodores are 10-4 and are getting contributions from several young players, headlined by hard-nosed outfielder Pat DeMarco. DeMarco was terrific throughout the weekend at the Shriners College Classic and leads the ‘Dores in hitting with a .423 average, seven doubles, a home run and RBIs. Austin Martin entered the Shriners tournament as the team’s leading hitter, but has since cooled off to .405, while Jayson Gonzalez and Philip Clarke both have done some great things already this season. Clarke has shown good plate discipline and has some pop in his bat, while Gonzalez is a physical third baseman who’s hitting .313 and showed excellent defensive instincts and skills last weekend. 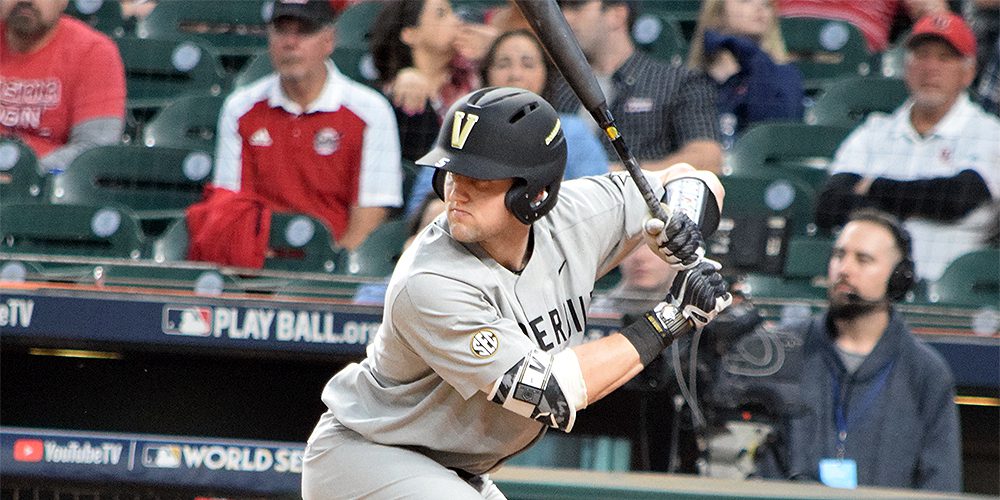 Tim Corbin’s freshmen still have plenty of work to do in his eyes, but their start has caught the nation’s attention.

“It was good to get the young players out there,” Corbin said about the Shriners College Classic last weekend. “For them, it was probably pretty eye-opening. At home, you can get pretty comfortable with your surroundings, and sometimes you don’t quite have the perspective of what the game is all about. Until they step out of the ring, it’s a little different, and they’ll learn from their experiences in Houston moving forward.”

While the Vandy quartet of DeMarco, Martin, Gonzalez and Clarke lead the way, we take a look at other freshman hitters and pitchers who are making a major impact the first few weeks of the season, including hard-hitting Arizona State slugger Spencer Torkelson.

Which freshmen should be watched closely the rest of the spring? Let’s take a look.

Spencer Torkelson, 1b, Arizona State: Torkelson showed huge raw power a couple of weeks ago when I saw the Sun Devils. He cranked a pair of homers in a game against Miami (Ohio) and made it look easy. Torkelson leads the nation with eight homers, and also has a .367 average with a 1.380 OPS. Take a bow, big man.