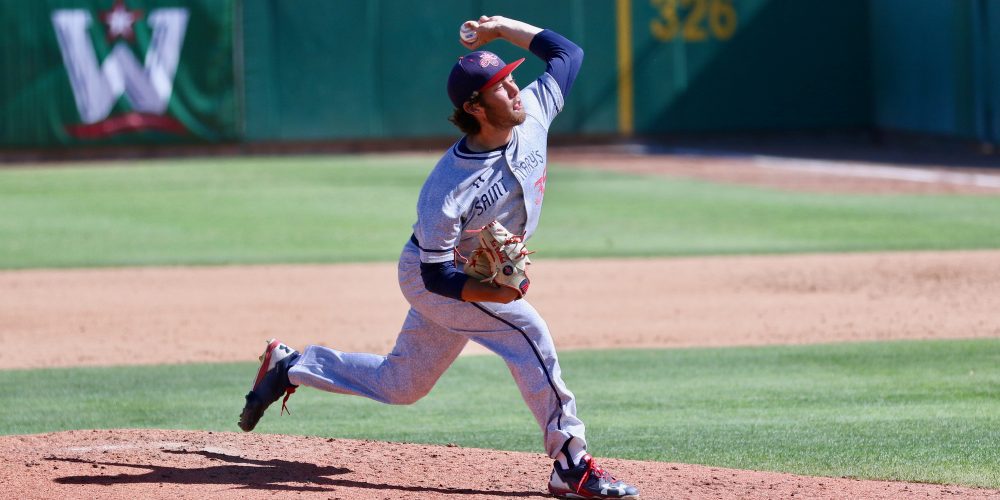 On The Upswing: Week One

Every week, Aaron Fitt and Kendall Rogers identify 10 teams that raised their profiles with strong performances over the weekend. Here’s the first 2018 installment of teams On The Upswing.

Expectations were low for the Fighting Irish heading into the spring after they went 26-32 overall and 10-20 in the ACC last year. So Notre Dame’s series win at LSU was easily the biggest surprise of opening weekend. Sometimes, that underdog role can be a major blessing.

“We weren’t supposed to go in and win a series from LSU, maybe much less a game from LSU,” Notre Dame coach Mik Aoki said Monday. “So to a certain extent, you go in there as the underdog and there’s no expectations that you have to deal with, no sort of weird noise that you bring to it – just go in there and play.”

Not only did Notre Dame win the series, but it won it convincingly. The Irish actually built a 6-0 lead on Friday night, only to see LSU storm back for a 7-6 win — but the young Irish showed impressive resilience, bouncing back to dominate the next two games, 10-5 and 11-3. They chased flame-throwing LSU sophomore righty Zack Hess early on Saturday, scoring eight earned runs on five hits and two walks against him. Tommy Sheehan battled his way through five innings despite a lack of feel for his secondary stuff, allowing four runs and earning the win, and Cole Kmet followed with four shutout innings of one-hit relief. Veteran Nick Podkul and freshman Niko Kavadas paced the Notre Dame offense with two hits and three RBIs apiece in that one. On Sunday, junior outfielder Eric Gilgenbach did the heavy lifting, going 3-for-4 with two homers and seven RBIs, and seven Notre Dame pitchers combined on a five-hitter against LSU’s potent offense.

Suffice it to say, Notre Dame made a major statement that it could be a surprise team in the ACC this year, though there’s a long way to go and the Irish pitching has much to prove. We’ll have plenty more on Notre Dame in Wednesday’s Under The Radar feature.