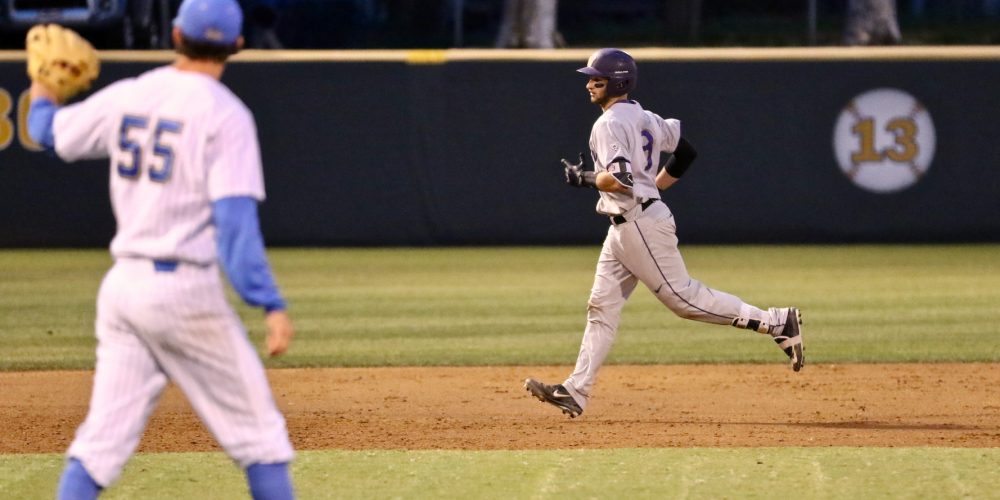 LOS ANGELES, Calif. — As Washington’s cleanup hitter, Joey Morgan is going to see his fair share of early-count breaking balls. The Huskies coaching staff has been looking for the junior catcher to be more aggressive early in counts.

Having already bum-rushed a first-pitch fastball for a two-out RBI double to right-center field to tie the score in the third inning, Morgan chose to look for a spinner in his next at-bat

“Just had a hunch they were going to go curveball, so I sat on it and sure enough I got it,” Morgan said. “It’s just what we do when we’re going well.”

Morgan turned on a Griffin Canning breaking ball and cranked a no-doubter to left field for a two-run homer. It was the first of three Washington homers in a 7-3 series-opening win at UCLA’s Jackie Robinson Stadium — a place the Huskies have struggled with just one win since 2007.