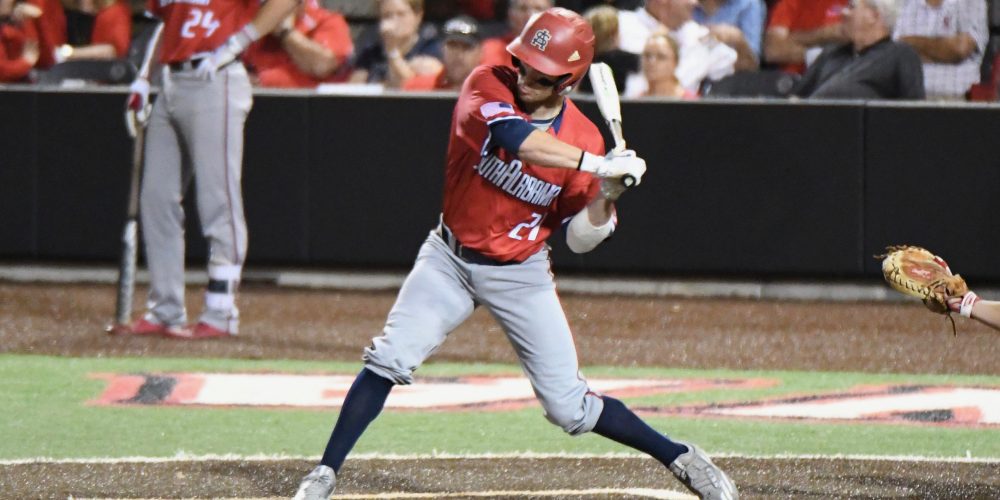 Another huge weekend of college baseball action is here, and as he does each week, Kendall Rogers takes an in-depth look at things our staff is watching for this weekend.

For my money, this is the best rivalry in college baseball, and new Gamecocks head coach Mark Kingston will get his first taste of it this weekend, as the two teams do the traditional home-and-home with a neutral site game nestled in between. While the Tigers have been sizzling hot so far this season, the Gamecocks enter the weekend with a mixed bag of results. Carlos Cortes, who’s hitting .194 in 31 ABs, needs to have a strong weekend, while a bright spot thus far has been LT Tolbert, who leads the team with a .469 average and a 1.304 OPS. Somehow, South Carolina has flown a little under the radar through the first few weeks. A series win this weekend certainly would change that.

What in the world is in the water in the Yellowhammer State? The Crimson Tide and Tigers are a combined 18-0 so far this season. Perhaps we expected the Tigers to get off to this strong of a start, even with a midweek game at South Alabama earlier this week. But the Crimson Tide? Yeah, that was considered an impossible immediate rebuilding job for first-year head coach Brad Bohannon. Now, the Tide is sitting at 9-0 after sweeping Washington State last weekend. Perhaps this success won’t continue, but it’s still very impressive. Alabama is hitting a very surprising .344 as a team with two-sport standout Keith Holcombe off to a torrid start, while the Tigers are led by freshman Steven Williams, who’s hitting .345 with a pair of homers and a team-best 12 RBIs and Brendan Venter, who leads the team with a .462 average. Bama hits the road to face Oklahoma this weekend, while AU hosts BYU. You can check out my column on Alabama, here.