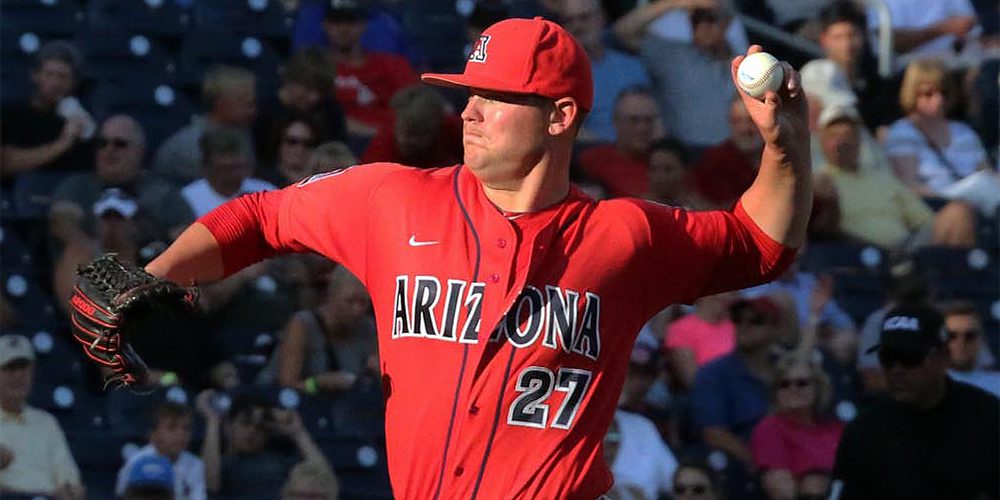 Notebook: How The West Is Won, Week 4

One of the most intriguing questions on the West Coast is who’s the best starting pitcher this early season? Sure, it’s a small sample size and there’s a long way to go this season, but there’s no reason not to recognize those that are already locked in and pitching like its the postseason.

The top three candidates have combined to allow 19 hits, 14 walks and one earned run in 65 innings. They have sent 76 batters back to the dugout, usually shaking their heads in disbelief, after a strikeout. Their foes have included Arkansas, Michigan, Washington, Washington State, Gonzaga and a national top five offense so far in McNeese State.

Arizona senior lefthander JC Cloney shut down Arkansas for 7.2 innings in his most recent outing and is off to a 3-0 start, helping the Wildcats win their first 10 games. At 6-foot-2, 231-pounds, Cloney isn’t overly intimidating on the mound. He doesn’t throw 95 or have a Randy Johnson slider. What he does have is an impeccable ability to move three pitches around the zone. He can throw all three for strikes and spot up the mitt at the knees as he does so.

“He understands who he is and what it takes for him to be successful as much as any pitcher I’ve ever coached,” Arizona head coach Jay Johnson said. “He is consistent at executing pitches in terms of low strikes and changing speeds.”

UCLA junior ace Griffin Canning has been doing the same with four pitches and one of those is the power fastball Cloney doesn’t feature. The Bruins righthander has seen his velocity tick up and his offspeed offerings have taken big jumps as well. Now he is able to add big stuff to solid command and a good mix. Canning has always had a tough time adding weight to his frame, but he has an efficient and repeatable delivery with explosive stuff coming from a 180-pound “wiry strong” frame.

〈
Previous Article Under The Radar: South Florida
Next Article Sorenson: Off The Top Of My Head
〉