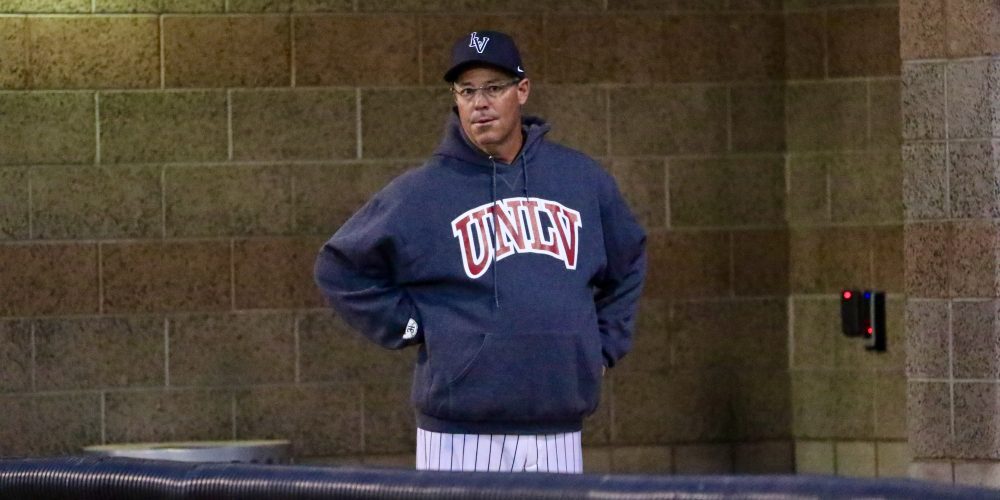 UNLV assistant director of communications Jeff Seals was on vacation when he started getting inquisitive texts from people asking if the rumor they were hearing was true.

Had the Rebels made a new baseball hire? Seals checked in with head coach Stan Stolte. He confirmed.

Getting a new volunteer assistant at UNLV wasn’t big news. There is a lot of turnover at the volunteer position because it is unpaid. Young coaches hoping to learn and get their foot in the door typically fill the role. Sometimes it is a former player that has washed out of the professional ranks and is looking to transition to the coaching side.

UNLV had indeed hired a former player, but this wasn’t just any baseball player. It wasn’t someone who had washed out. It one of the game’s all-time greats.

While his family went out for the day, Seals stayed back to write up a press release announcing Hall of Famer and four-time Cy Young Award winner Greg Maddux was joining the Rebels coaching staff.

Maddux took over the pitching coach duties from Stolte, who was still in his first year as head coach of the Rebels, allowing the first-time Division I head coach to take on more of a manager role spreading his attention more evenly between the position players and the pitchers.

A natural concern with a person of Maddux’s importance, fame and fortune is level of investment in the position and the team. But ask around the team. The players and coaches will tell you that he’s a down-to-earth jokester that makes every practice interesting with his wise cracks and his dispersement of baseball knowledge.