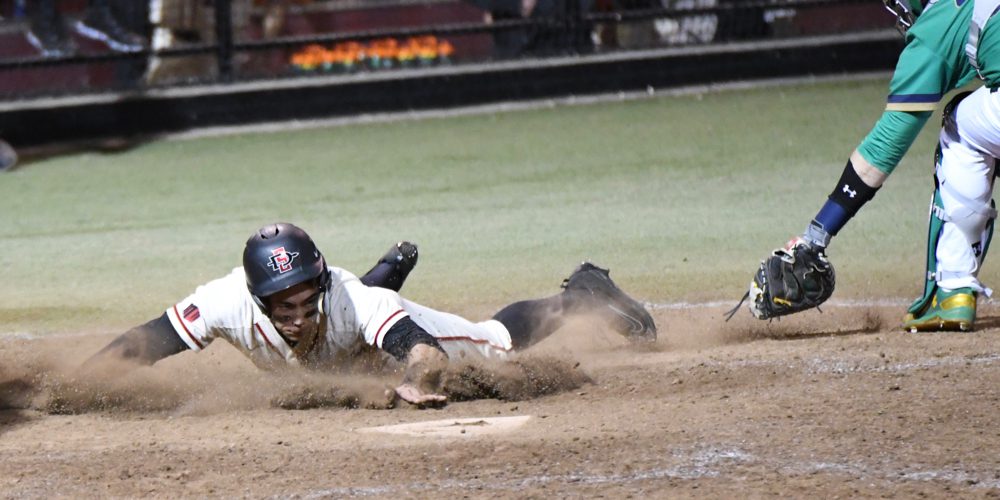 San Diego State’s outfield is one of the deepest position groups on the West Coast. The Aztecs began the fall with eight players fighting for the three starting spots. Head coach Mark Martinez let the group know from their very first position meeting there was going to be an open competition with the hot hand playing.

That’s why a guy like Tyler Adkison, a junior who hit .302-6-40 while starting 56 games last year, has gone from being an odd man out, not starting the first two games of this season to being a fixture in the Aztecs’[…]