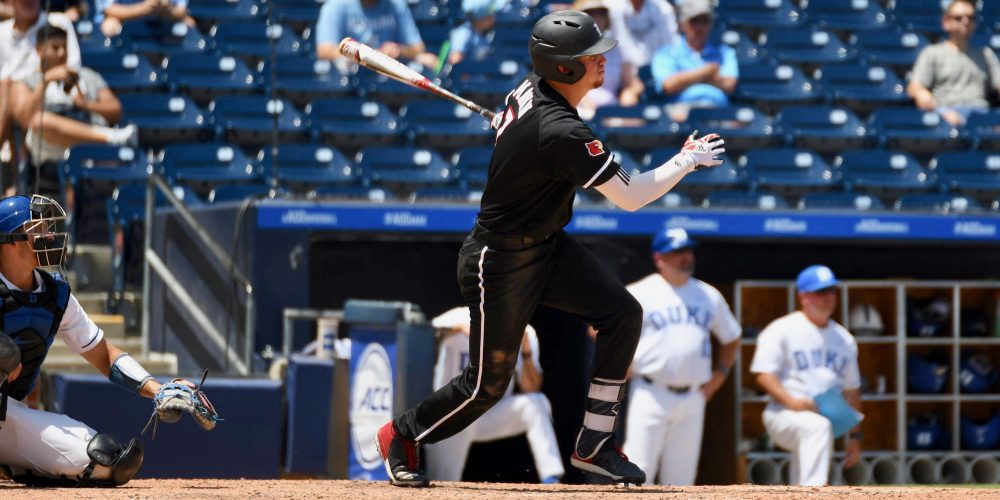 DURHAM, N.C. — The personnel are dramatically different, but the results feel awfully familiar for Louisville. As usual, the Cardinals are peaking at the right time, playing exceptional baseball in late May, looking like a steamroller. It took some time to get here, but this team is going to be a force to be reckoned with in the NCAA tournament. What else is new?

Louisville shellacked a very good Duke team 9-2 Friday to advance to Saturday’s ACC tournament semifinal against Pittsburgh. The Cardinals are truly firing on all cylinders, having outscored Wake Forest and Duke 19-4 in the first two games of the ACC tournament.

On Friday, the Cardinals dispensed with any suspense early on, jumping on Duke lefty Mitch Stallings for four runs in the first, highlighted by two-run singles from red-hot Josh Stowers and freshman catcher Zach Britton. They broke the game wide open in the fourth, scoring four more runs to grab an 8-1 lead. The highlight of that rally was Devin Mann’s three-run triple to the left-center gap. Mann finished 2-for-4 with a walk and a pair of runs to lead Louisville’s balanced offense.