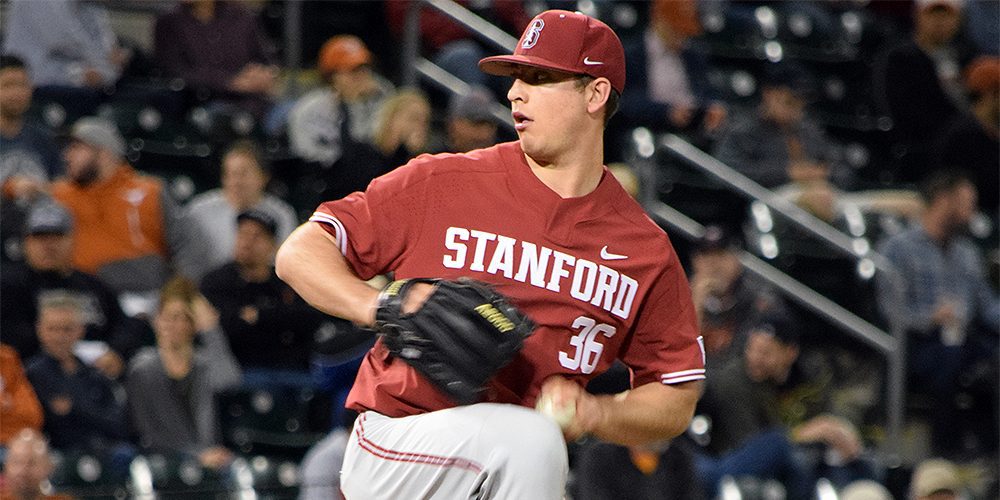 AUSTIN, Texas — Stanford junior lefthander Kris Bubic has no problem taking matters into his own hands.

While the Cardinal had played one road game before this weekend at UC Davis, that admittedly was a little different than hitting the road to face the Longhorns. In their first test against Texas on Thursday, previously red-hot righthander Tristan Beck wasn’t at his best and the Longhorns made him pay. Beck sat 89-91 with his fastball, down a few ticks from where he usually is, and proceeded to allow four runs on six hits in four innings.

Kris Bubic decided to be that guy in a dominant 7-1 win over the Longhorns.

And Bubic did just that, though the first few innings weren’t overly pretty. In the first inning, the junior lefty walked a pair of Longhorns hitters, but escaped a potential jam when hard-throwing catcher Maverick Handley threw a dart to second base to erase speedy David Hamilton and designated hitter Zach Zubia grounded out to end the threat.

Bubic was sharp in the second with a 1-2-3 frame that included a pair of strikeouts, one of them on his trademark 80 mph changeup.

His mettle was tested in the third. The Longhorns loaded the bases with no outs thanks to a pair of walks and a bunt single. However, Bubic composed himself, turned on a switch and proceeded to somehow find his way out of the jam. He struck out Masen Hibbeler on a 80 mph changeup that tumbled to the bottom of the zone, while David Hamilton was called out on a runner’s interference and a fielder’s choice ended the threat.

Bubic showed some serious moxie in the frame, and was on cruise control the rest of the way.

“I came out pretty amped up in a big environment on the road, and I wanted to help us bounce back after yesterday’s loss. I was pretty amped,” Bubic said. “I struggled to tame them early in the game, but I made some adjustments. Coach [Thomas] Eager kind of got me back to my bread and butter and I found my arm slot again. The team also played great for me.

“As for the third inning, I just made the switch back to the windup and I felt more comfortable there,” he continued. “In my head, I actually felt pretty calm in that situation, even though they were pretty loud. I just trusted all the work I put in and good things happened.”