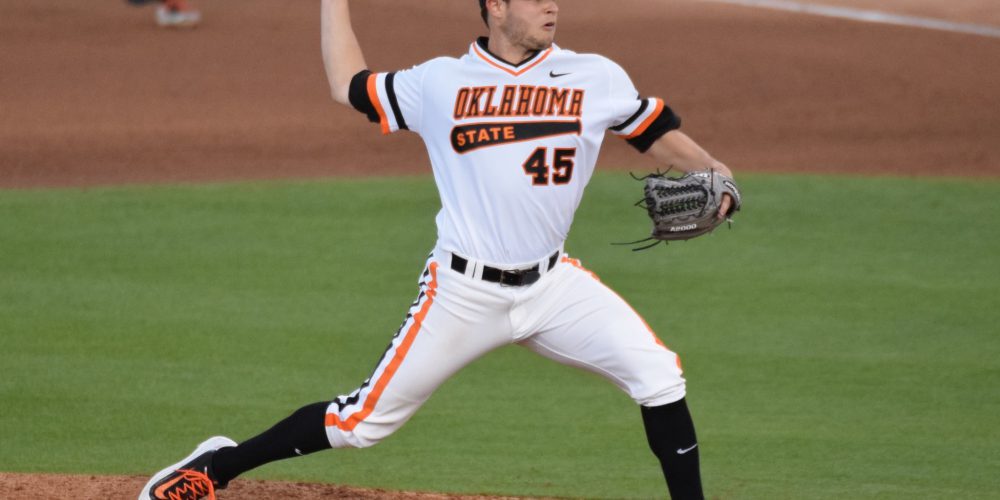 Heading into this season, we thought lefthander Garrett Williams was a strong candidate to blossom into a major star. That hasn’t happened, as Williams has struggled with injuries and mechanical issues thus far this spring — but another pitcher has emerged from the depths of the roster to become a bona fide ace. Redshirt sophomore righthander Thomas Hatch has become one of the leading candidates for Big 12 pitcher of the year honors, and he sure pitched like the best Friday ace in the conference in Friday’s 9-0 win against TCU. Hatch struck out 10 in his first career complete-game shutout, and he did it against one of the Big 12’s best teams.

“I’d say there’s been some other ones that the results haven’t shown, but against such a quality opponent as TCU, it’s good to get that,” Hatch said of his shutout. “I went to Baylor last week in the ninth, wasn’t able to finish it. Nice to be able to finish the job.”