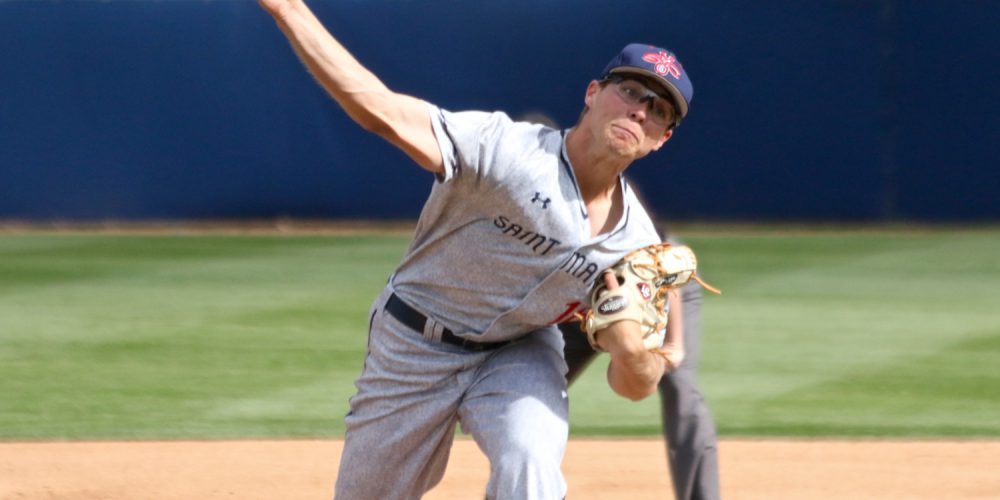 LOS ANGELES — When Corbin Burnes strides out to the mound, he doesn’t look like a future early-round draft pick. Nothing jumps out when the bespectacled St. Mary’s righthander squints in for the sign from catcher Nate Nolan. But then he comes set at the waist, turns his left foot inward, gives a slight wiggle to start his body in motion, lifts his leg and a lightning bolt fires out of his hand.

The 6-foot-3, 205-pounder has become one of the West Coast’s pre-eminent arms and he showed Friday afternoon at Loyola Marymount’s Page Stadium just how good he is by producing a strong outing despite not having his best command. Burnes struck out nine, including four in the first inning, and allowed just four hits and one run in six innings in an 8-3 win to keep St. Mary’s (25-18, 13-6) atop the West Coast Conference standings.

Depending on the radar gun, Burnes sat anywhere from 90-94 mph with his fastball, touching 95 on a couple of occasions. LMU (24-22, 12-10) really attacked the fastball and Burnes struggled to consistently hit Nolan’s mitt with the pitch, so instead he relied on his three-pitch array of offspeed offerings to control the game.