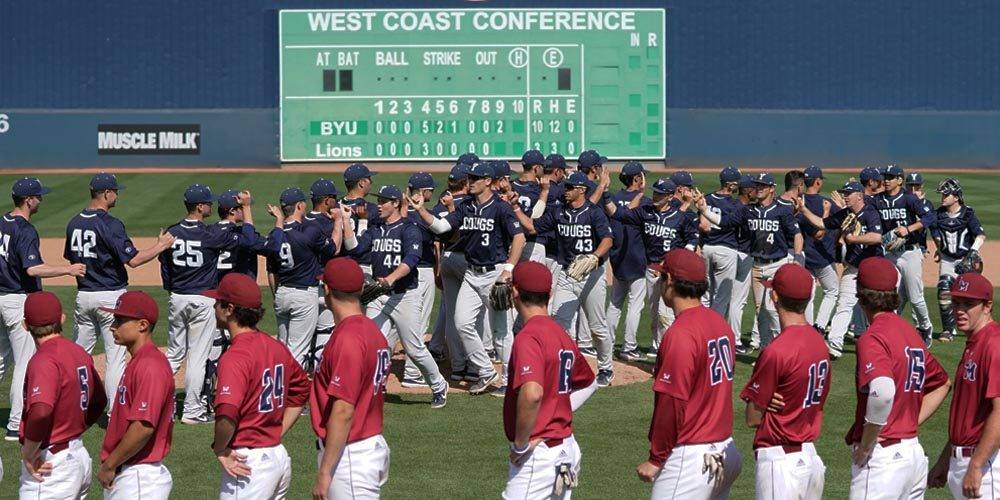 The LMU Lions can only watch as the BYU Cougars celebrate a series win with today's 10-3 rout.

LOS ANGELES, Calif. — Cougar head coach Mike Littlewood bristled a bit when I suggested to him after today’s game at LMU that his BYU squad was the only team in the West Coast Conference that appeared to be “safe” in at-large consideration, be it that they are ranked No. 33 coming into this weekend.

“Ah, you just used that ‘safe’ word,” Littlewood said. “I don’t like using that word this time of year. I’m more of a glass-half-full kind of guy.”

You can’t really blame him. Even though the WCC is much improved this year and is rated eighth in the conference RPI rankings (fifth-rated in Boyd Nation’s more-sane ISR rankings), nothing is guaranteed to a mid-major, even if the Cougars should go on to win the regular season title. In fact, coach Littlewood has some experience in disappointed endings department. In 2016 the Cougars began the month of May with an RPI at No. 36 but ended up not making the Big Dance.

He would like to avoid that kind of collapse from happening again. Today’s 10-3 win at LMU to secure the three-game series is a good start to a better month of May.

More on that. First, this…