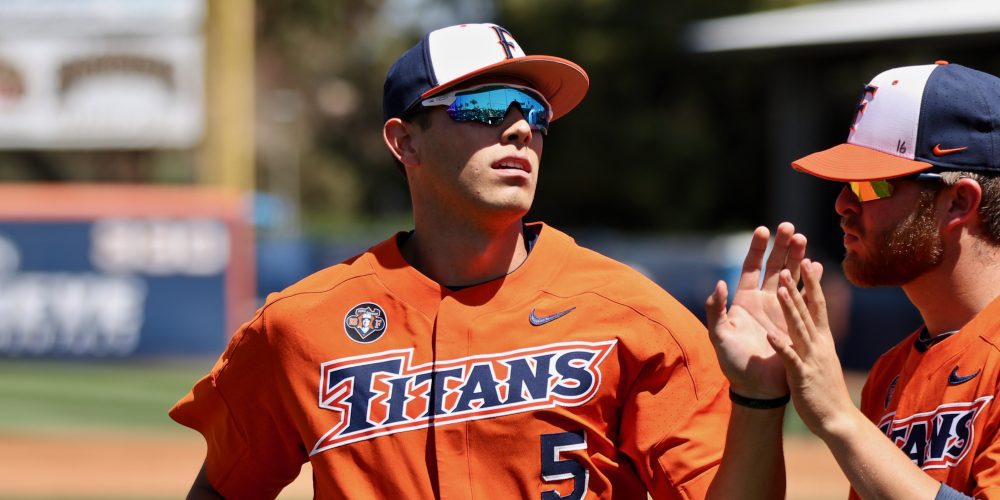 IRVINE, Calif. — If there was any question, the Big West road to the promised land still goes through Cal State Fullerton.

The Titans have made that known with a pair of emphatic wins in their last two league matchups — both times in a battle for first place. After walloping Hawaii for eight runs in the first three innings last Sunday on the way to a series-clinching shutout, Fullerton dominated UC Irvine in Friday night’s series opener.

The season-best 1,029 fans at Anteater Ballpark came expecting a thrilling matchup. Two of the top pitchers in the West, Colton Eastman and Andre Pallante, faced off, but the Titans took command early and never relented. They rolled to an 8-3 victory that seemed over long before they were able to separate with a four-run eighth inning.

But the Big West looks to be a one-bid league this year. There will be no redemptive playoff run to make up for not winning the conference title. If Fullerton doesn’t win the Big West regular season title, it will likely see its 26-year streak of consecutive NCAA appearances come to an end. Head coach Rick Vanderhook said he doesn’t bring up the streak or the conference titles with his team. He doesn’t have to.

“How can you miss it when every time you walk in the locker room, you walk by 30-some conference championships in 40-some years?” Vanderhook said. “You can’t hide away from it. Dude, it’s right there on the wall.”

The players are fully aware of Cal State Fullerton’s proud postseason tradition. According to Vanderhook, they also know that the team is hovering at .500.

“That’s only good if you’re in the ACC/SEC. We’ve got to worry about ourselves, take care of ourselves,” Vanderhook said. “Right now, we control our destiny and let’s do it one day at a time. Tonight, I thought they did a good job.”