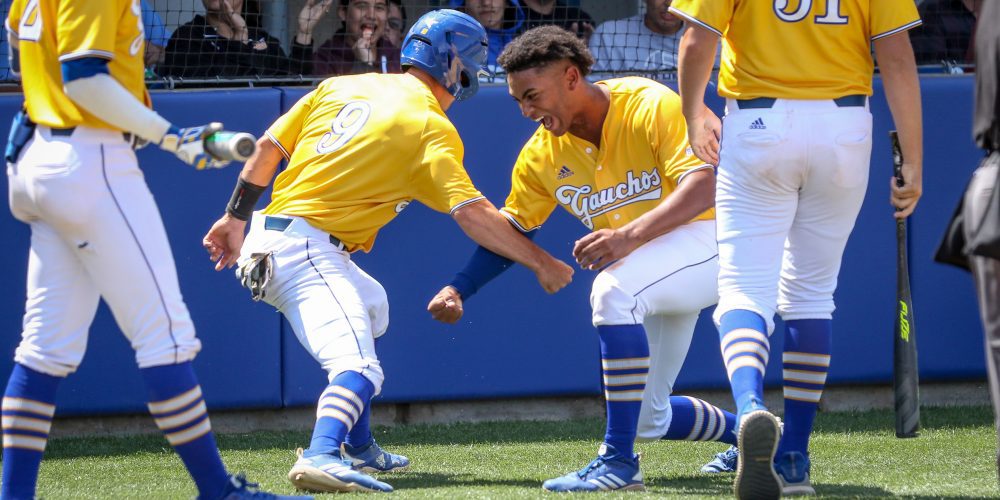 SANTA BARBARA, Calif. — Chris Lincoln’s slider frisbee-danced across the plate. The UC Santa Barbara closer’s final pitch had frozen a mesmerized Mikey Filia for strike three and out No. 27.

Lincoln clinched both of his fists and screamed in exhilaration and exhalation after his eighth save. Teammates streamed onto the field, heads filled with smiles. It was the final act for the Gauchos to celebrate in a weekend full of them, following 4-1 and 10-1 wins on Friday and Saturday.

He was giving the Gaucho hitter at the plate a binary choice that featured positive reinforcement.

“Just blends the idea that we know our own attack zone (mostly the strike zone) and if it’s in that window, we’re gonna try and barrel it up,” Fergus said. “If it’s not in that visual window then we’ll take a ball call and move to the next pitch. It helps our guys balance patience with aggression.