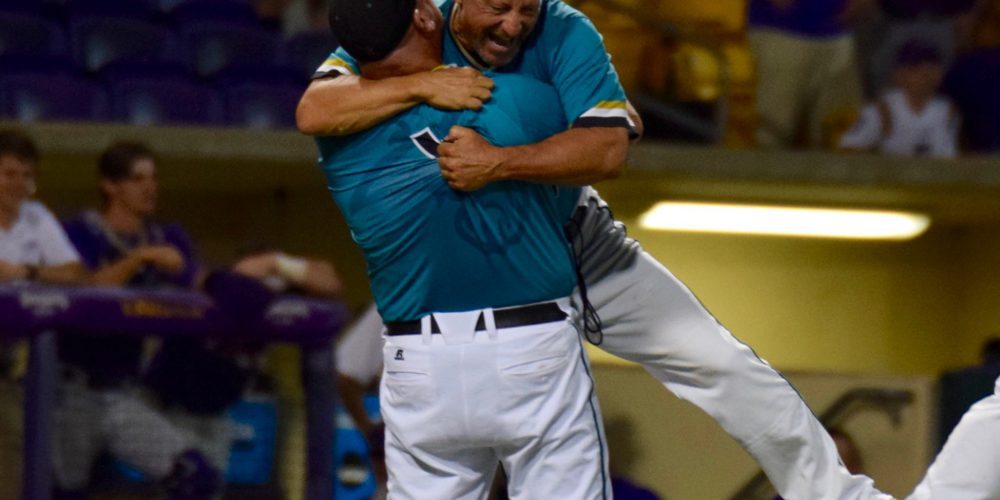 BATON ROUGE, La. — Back in 2010, after Coastal Carolina lost in super regionals for the second time in three years, long-time Chanticleers coach Gary Gilmore was despondent.

“For me personally, Omaha has never felt as far away as it feels right this minute,” Gilmore said after his team was eliminated by future national champion South Carolina. “It could be that 1,312 (miles), but I feel like I’m going the other direction to get there.”

That statement stuck with me for more than a half-decade, partly because it perfectly illustrated just how doggone hard it is to get over that hump to Omaha, especially for a mid-major program that must hope it can catch lightning in a thimble once every handful of years.

It stuck with Gilmore too. And when Coastal Carolina finally took a battering ram to that reinforced steel door that has blocked its path to Omaha all these years by toppling college baseball superpower LSU in a 4-3 classic on Sunday night, it was natural for Gilmore to reflect upon the long journey.

“It’s been a long six years,” Gilmore said, moments before stepping out into the Baton Rouge night as a triumphant conqueror. “I knew how talented that team was, and to not get there, and to play games just like this, but we lost. It’s very sweet to take this bunch, because I honestly think, man for man, the ’10 team had more pieces, but the heart of both of them is identical. It’s an unbelievable group of people. I’m just so happy for them, they’re an awesome group of kids.”