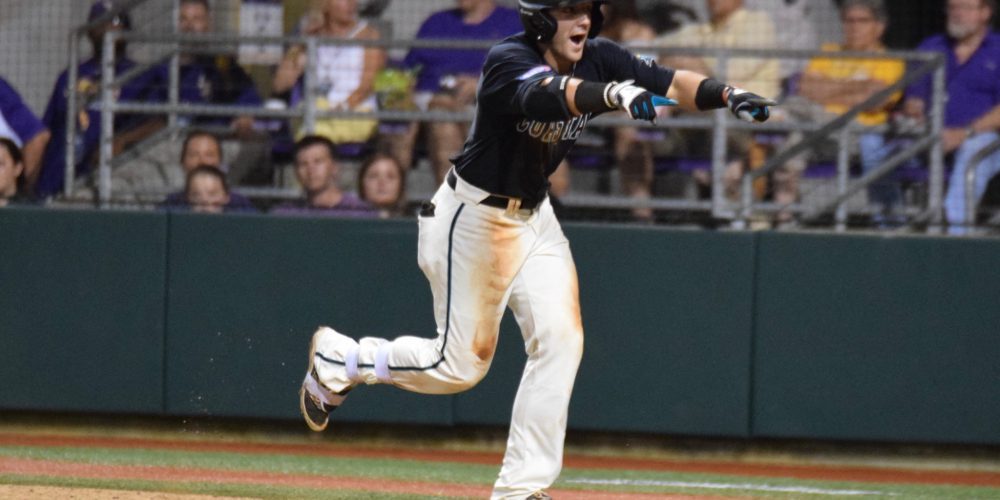 BATON ROUGE, La. — LSU had the visiting Chanticleers of Coastal Carolina right where it wanted them. A Greg Deichmann three-run homer ignited the deafening crowd of 11,516 at Alex Box Stadium and gave the Tigers a 3-1 lead after four innings, with Alex Lange on the mound. Normally, when the Box starts rocking and the Tigers start rolling, that’s when opponents wilt — especially opponents who aren’t accustomed to those surroundings.

“We’ve never played in front of that in my career here at Coastal with that type of deafening cheering that they were doing for their team when things were going well. So you know, it’s a unique atmosphere … Their fans are unbelievable,” said Chanticleers coach Gary Gilmore, who is in his 27th season as a head coach. “Those guys that play for LSU are so blessed to have this type of atmosphere to play in every day. It’s a privilege to come here and play, and I’m glad our guys were able to block out the noise.”

Even more impressive, the Chanticleers were able to mount a rally against Lange, who has some of the most electric stuff in college baseball and a track record of smothering the opposition in the biggest games. And Lange’s stuff was very good Saturday — his power breaking ball was giving the Chants fits, he was commanding his fastball, and he even had good feel for his changeup. But Coastal hung tough, and put up four runs in the sixth inning to chase Lange en route to an 11-8 win that put the Chanticleers one win away from the first CWS trip in program history.