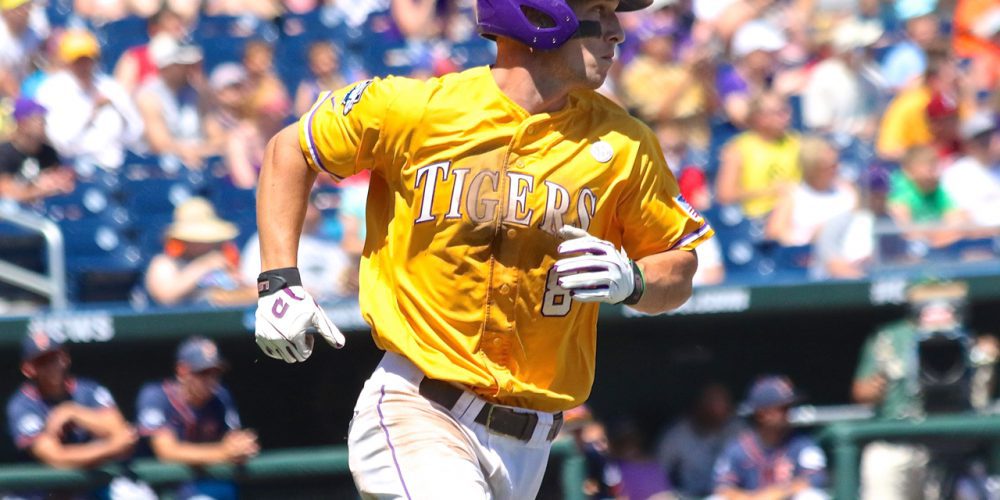 OMAHA — Alex Bregman wanted to help give his team a spark. When LSU head coach Paul Mainieri sauntered over to him during practice on Monday and said that’s what the Tigers needed atop the lineup, Bregman threw his name into the hat as a potential leadoff hitter.

That’s exactly what Mainieri said he was hoping to hear. Batting leadoff for the first time this season, Bregman produced his best game of the postseason. He knocked four base hits, scored a run and stole a base to help lead the Tigers to a 5-3 come-from-behind victory over Cal State Fullerton.