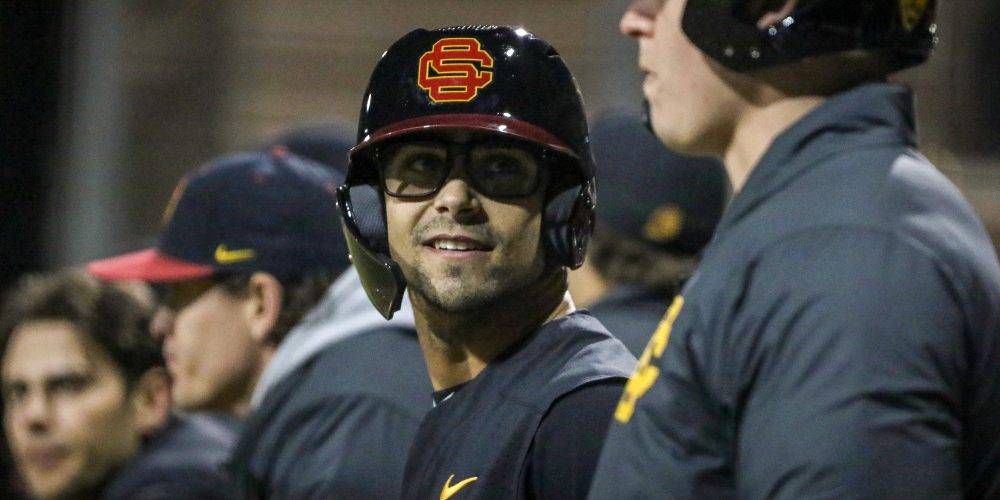 LOS ANGELES — USC put together a Connor Lunn-led dominant victory over a top 10 team for the second Friday in a row, but on Saturday they did what they couldn’t last week and what they’ve struggled with all season.

The Trojans followed it up with another solid performance, beating No. 7 Arizona State, 7-3, to take the series with an opportunity to go for the sweep on Sunday.

“This is the best two games [we’ve] put together back to back against a really quality opponent,” USC head coach Dan Hubbs said. “The kids have always felt like we could beat anybody at any time. It was just we had to play well.”

Play well and play consistently. That has been the struggle for the Trojans (12-17, 5-6), who have notched three top 10 wins in an eight-day span and doubled Arizona State’s loss total despite entering the series seven games under .500.

They put up a three-spot in the sixth inning Saturday immediately after the Sun Devils (25-4, 8-3) had tied the game on an Alika Williams solo home run.

“It was big. It just was. For Matthew [Acosta] to come up with a big homer right after and then we keep it rolling,” Hubbs said. “It says a lot about them and their character.”

Acosta crushed the first pitch of the inning for a solo home run and USC was right back in front. It added two more runs with the help of a two-base throwing error on a bunt. The next inning, Acosta added the final run of the game with another solo home run to right field.

The Trojans also got a mammoth home run from CJ Stubbs, who crushed a hanging Boyd Vander Kooi curveball over the extra netting in left field onto the tennis courts for a two-run shot that gave USC an early 3-1 lead.