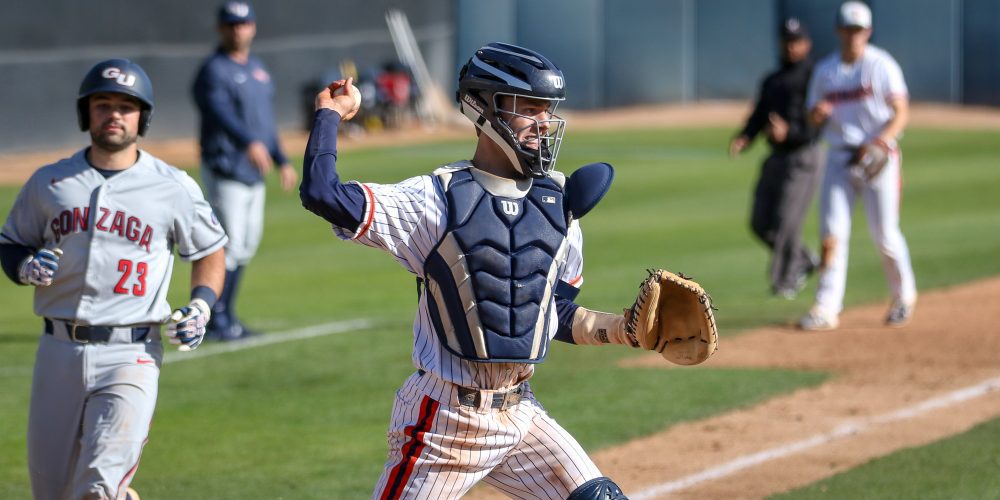 MALIBU, Calif. — Holding a 4-1 lead, Cooper Chandler got himself in a little jam in the sixth inning Friday. Make that a pretty big jam.

The Pepperdine righthander hit Guthrie Morrison with a breaking ball on a two-strike pitch. His next pitch also hit the following batter. Gonzaga designated hitter Ryan Sullivan hit a high chopper in the no man’s land of the 5-6 hole. Shortstop Quincy McAfee fielded the ball, but had no play. The bases were loaded.

Troy Johnston hit a ball up the middle out of the reach of second baseman Wyatt Young and suddenly the tying run was in scoring position despite the Bulldogs not yet squaring up a ball. Mason Morenco, and his .429 average (in limited action), approached the plate.

Chandler fell behind Morenco 1-0 and then 2-1. He had to make clutch pitches. He went outside with a fastball to even the count.

“Then I tried to bury a slider and it was low and outside,” Chandler said. “He rolled over it.”

The ball bounced back to Chandler in slow motion. He could have caught the ball, shined it up and then tossed it to its destination. They sometimes say the easiest balls are the hardest to field because you can overthink them. Chandler chose not to think.