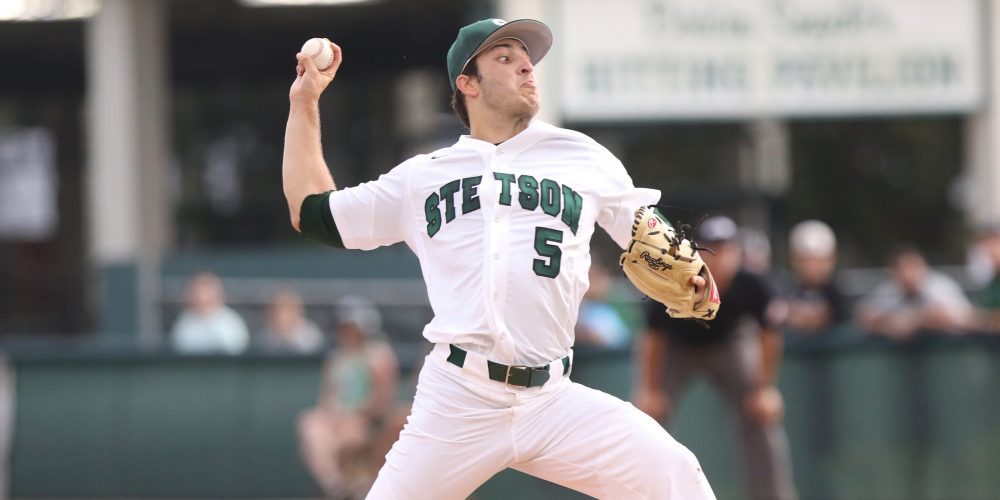 DeLand Dispatches: Hats Off To Stetson

INSIDE:
• South Floridians help Stetson hold of Hartford
• Oklahoma State gets back on track with emphatic win over South Florida

DELAND, Fla. – The Hurricanes didn’t make an NCAA regional this year, but Miami was certainly in the house on a historic night at Stetson University.

As for the history made on Friday, this is the first time Stetson (46-11) has ever hosted a regional, and the Hatters played as advertised, getting stellar pitching and some late offense to run the nation’s longest active win streak to 16 games.

The Hatters would tie the school record for longest Stetson winning streak – set in 1994 – if they are able to beat Oklahoma State in Saturday’s winner’s-bracket game.