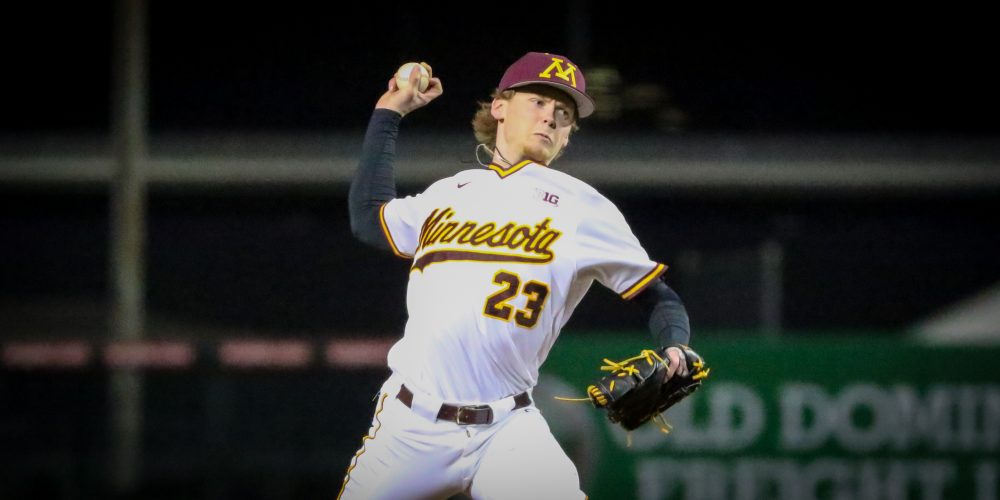 PHOENIX — Beneath the flop of fiery red hair, Max Meyer’s brain was firing with an explosiveness that even surpasses the bombastic nature of his right arm.

The Minnesota righthander’s adrenaline was gushing as he attacked a fourth-inning situation with runners in scoring position and the heart of the Oregon lineup due up.

Donated a 9-0 lead by his offense, Meyer hit a batter and walked two to load the bases with one out. He eventually sandwiched an RBI single with a pair of strikeouts to minimize damage. Meyer, who was a third-team All-American closer as a[…]